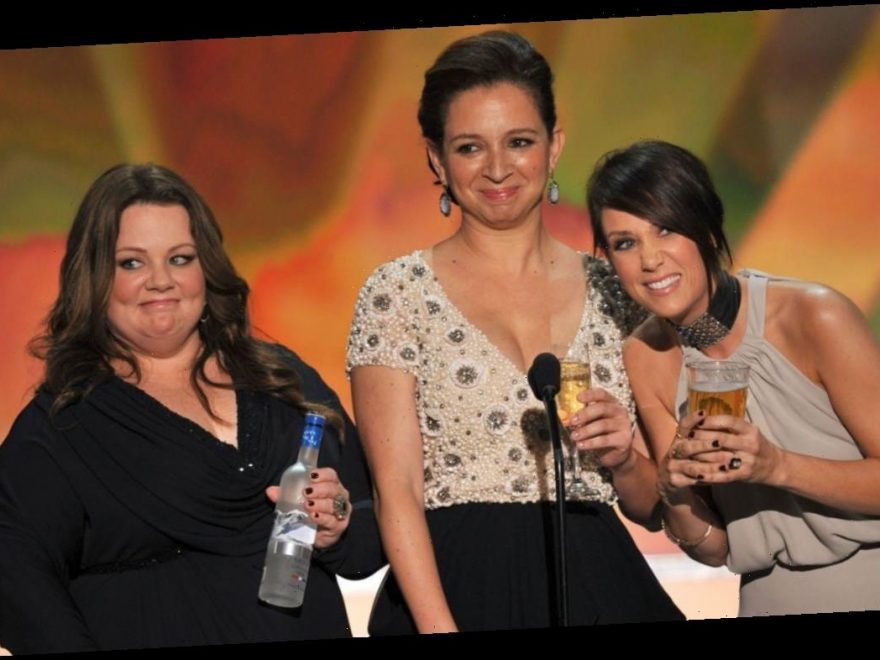 Turns out, Bridesmaids almost went the way of Magic Mike! During a Tuesday night appearance on Watch What Happens Live With Andy Cohen,Melissa McCarthy opened up about one scene that never made it into the 2011 comedy.

“There was originally a scene in Bridesmaids where we went to a male strip club. So Kristen [Wiig] thought we should do research and we went to Hollywood Men,” McCarthy recalled. “Wonderful dancers, I’d like to start with, which I didn’t know was in a mall on Hollywood Boulevard, who knew?”

She went on to share that the male dancers acted out scenes from famous movies including a memorable Matrix moment.

“All of us applauded, and then we may have gotten each other dances after,” she said. “I just remember Rose Byrne with her hands up with someone dancing in front of her and she just was saying, ‘Please don’t ruin my blouse with all that body oil.'”

Bridesmaids was a breakout hit starring McCarthy, Wiig, Byrne, and Maya Rudolph. It earned two Oscar nominations, including one for McCarthy’s performance.