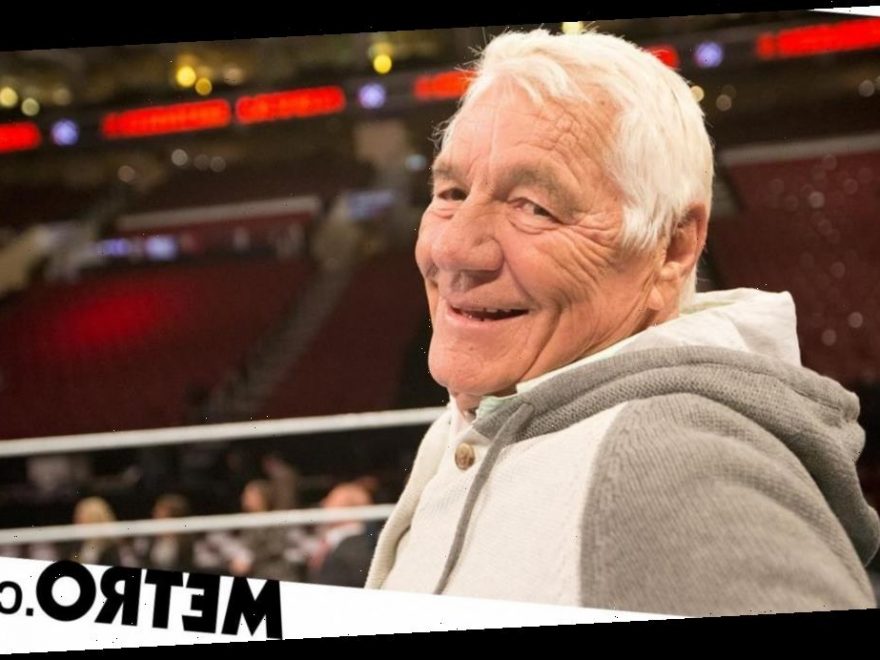 The Hall of Famer and pioneer – who was the first ever Intercontinental Champion and is credited with inventing the Royal Rumble match – has died aged 79, with the wrestling world mourning his sad death.

‘WWE is saddened to learn that Pat Patterson has passed away at the age of 79,’ the company said in a statement. ‘WWE extends its condolences to Patterson’s family and friends.’

As well as being the first person to capture the IC Title in 1979, the legendary performer – who considered himself to be wrestling’s ‘first gay superstar’ – was vital behind the scenes across a career spanning six decades.

Now, many of his contemporaries – and those who looked up to him – have paid their respects to one of the greats.

Paul “Triple H” Levesque said: ‘No words can describe what he gave to us. His body as an in-ring performer, his mind as a storyteller, and his spirit as a beloved member of our large WWE family.

‘I will miss him for so many reasons … it’s never goodbye, it’s see ya down the road. Love you, Pat. Abooze (sic)’

Levesque’s wife Stephanie McMahon added: ‘I’m deeply grateful to have grown up with WWE Hall of Famer, the first-ever Intercontinental Champion, the father of the #RoyalRumble and the first openly gay wrestler of his generation.

‘Thank you for teaching me how to not take it all so seriously. Abooze. (sic)’

Her brother Shane commented: ‘I can not express how crushed I feel right now with the loss of Pat Patterson. A true member of my family, mentor and dear friend. I love you Pat. God speed.’

Patterson moved backstage after retiring from the announce booth in 1984, and four years later he came up with a concept that changed wrestling forever.

In his book Accepted: How the First Gay Superstar Changed WWE, he wrote: ‘The first Royal Rumble was on January 24, 1988, in Hamilton, Ontario.

‘The difference between WWE’s Royal Rumble and a traditional over-the-top rope battle royal is that the participants come into the match at two-minute intervals – not all at the same time at the beginning of the match.

‘I wanted to create something special.’