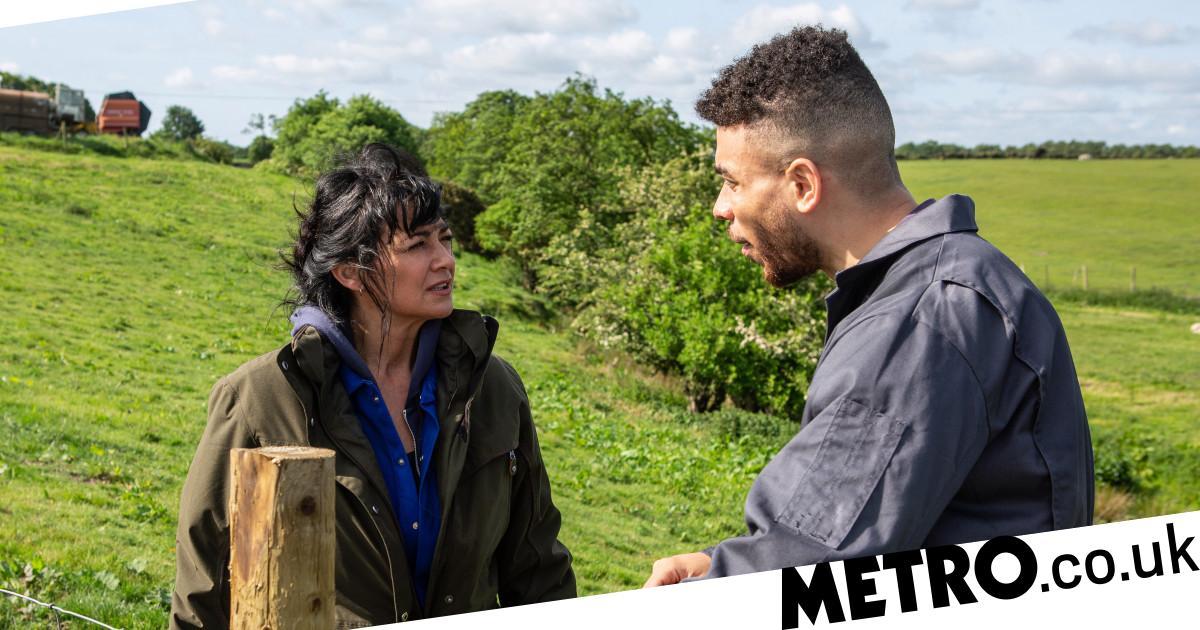 Dashing newcomer Nate Robinson (Jurell Carter) has certainly made an impression with pretty much half of the female population of Emmerdale village – but could Moira Dingle (Natalie J Robb) be the next person he manages to charm under neath the covers? It certainly seems like she might be developing a crush – but what would this mean for her future with Cain (Jeff Hordley) if she ended up cheating on him? And could Nate be tempted if he is indeed reading the signs properly?

As Nate continues to try and win over Amy Wyatt (Natalie Ann Jamieson), they organise a date together but Moira warns Amy off him, prompting her to cancel it. Moira is satisfied but what is behind her act of putting Amy off of pursuing anything with Nate? Does she herself have designs on him?

Later on, when she and Nate next meet up, Amy admits to him that Moira had a word with her to put her off dating him and he is furious, wondering what has made her do that.

As he determines to have a showdown with Moira over her interference, he begins to realise the truth of the matter. But is Moira harbouring feelings for him and will it lead to passion that will shatter her relationship with Cain? Or is something else entirely at play here?

Meanwhile, Amy faces further problems when Kerry (Laura Norton) tries to build bridges with her during a girlie afternoon with Tracy Shankley (Amy Walsh). But the day soon descends into bitchiness when Amy and Tracy fire barbed comments at one another over Nate and end up abandoning Kerry.

Later, feeling rejected by her daughter, Kerry gets the idea that Dan Spencer (Liam Fox) still fancies her. Getting dolled up, she sinks the drinks in the Woolpack and trouble follows as it always does with Kerry. As Amy walks in to witness her mum’s humiliating behaviour, she is disgusted.

Will she wash her hands of her for good?