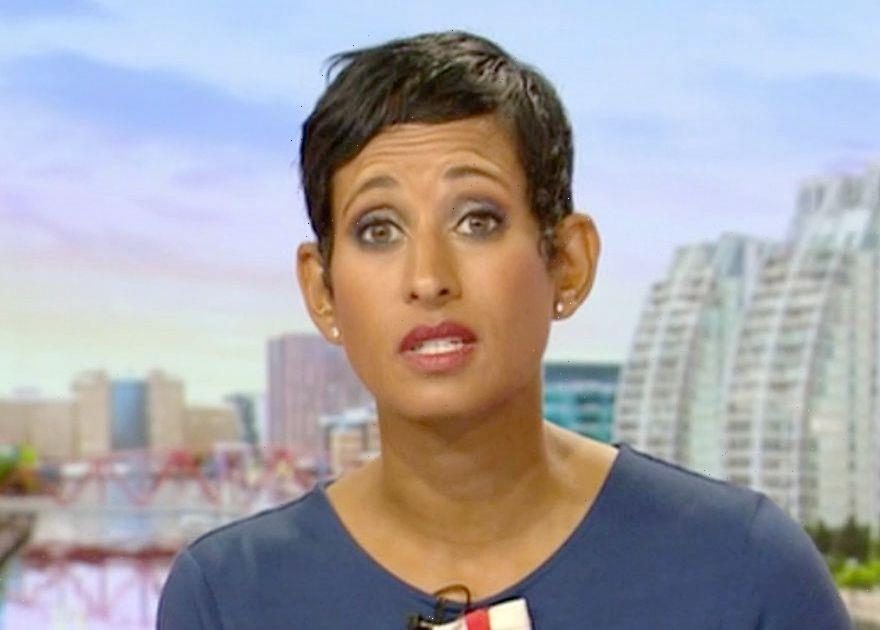 Presenter Naga Munchetty took a break from BBC Breakfast on Thursday morning, as she was missing from her usual spot on the red sofa.

The BBC Breakfast anchor usually co-hosts the morning show alongside her co-star Charlie Stayt, but she was nowhere to be seen on Thursday morning (16 September).

Naga usually fronts the programme with Charlie on Thursdays, Fridays and Saturdays.

However, during her first slot of the week the presenter was replaced by BBC Breakfast's business presenter, Nina Warhurst who stepped in to host the show alongside Charlie.

Eagle-eyed viewers on Twitter were quick to react to the change in presenters, with many taking to Twitter to point out Naga's absence.

One commented: "Has Naga been promoted to Monday to Wednesday next week on BBC Breakfast? She isn't on this morning."

A second pondered: "I guess Naga is moving to the Mon-Weds slot, hence why Charlie's looking happier this morning with Nina."

A third said: "Lovely to see Nina on the sofa. Hope she is going to be Dan's new oppo,"

A fourth added: "@BBCBreakfast nice to see @NinaWarhurst on the sofa with Charlie they work well together,"

It follows Naga welcoming two new team members to the BBC team, with the journalist taking to Twitter to send her well wishes.

Sharing the news on her personal Twitter account, Jess Brammar revealed she was "thrilled" to be joining the BBC team.

She penned: "Some personal news (a divisive phrase, I know!),Couldn’t be more thrilled to be joining such an incredibly talented team, on and off air.

"Very much looking forward to cracking on with the job."

Naga was quick to send her well wishes to Jess, replying: "Congratulations!"

Naga's absence from the flagship morning show comes just after her co-star Louise Minchin departed the show after anchoring it for 20 years.

Louise first joined the BBC team all the way back in 2001, and the presenter was treated to an emotional farewell party during her final ever broadcast.

Louise's co-star Dan Walker kicked off the celebrations by reading out a flood of fan messages to Louise who got rather emotional on the show as she fought back tears.

Later in the landmark show, Louise was left stunned when Dan walked off of the BBC sofa – which meant she had to finish reading the auto-cue on her own.

She was soon escorted by Dan whilst being blindfolded as she was taken outside of the Salford studio building and into the gardens where a farewell party was waiting for her.

The cheering crowd was full of Louise's BBC colleagues and family members, and there was a brass band to serenade the host as she looked back on her favourite BBC moments from over the years.