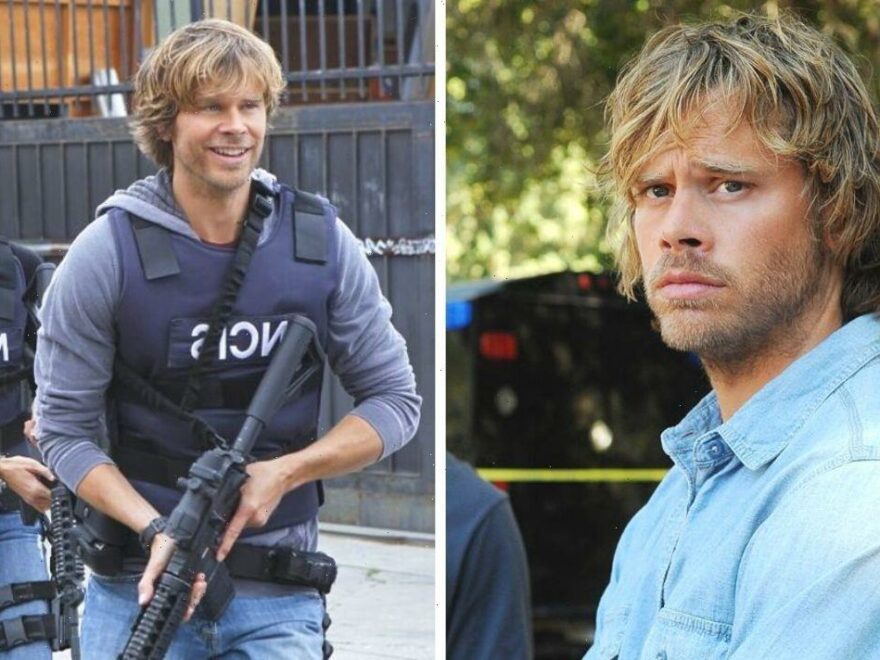 Fans of CBS’ hit procedural drama, NCIS Los Angeles could soon be introduced to a special guest. Marty Deeks star Eric Christian Olsen teased his close friend could be the latest addition to the cast.

Eric Christian Olsen rose to fame after landing his role as special agent Marty Deeks in season one.

The character quickly became a fan-favourite as viewers learned about his personal life and saw his dedication to the work.

He also became a beloved character as fans admired his humour and ability to be vulnerable with his colleagues.

With fans six episodes into season 14, they could soon see one of the actor’s close friends, Teresa Palmer appear on screens.

Eric was recently welcomed as a special guest on his wife Sarah Wright Olsen and Teresa Palmer’s podcast, The Mother Daze.

There he teased about the hosts being cast in the upcoming episodes.

As she spoke about his job, Eric added: “At some point, we’ll be doing something with Teresa and Mark Webber.

Which led Teresa to ask: “When are we going to be cast in one of your shows, thank you very much?

“Sisters, we can be sisters,” she added referring to Sarah.

After, Sarah remarked: “Also, I’d love to,” Teresa told her: “You have an amazing Australian accent, we could be Aussie sisters.”

“I could definitely try to copy you,” Sarah shared.

Eric then joked about her accent as he spoke in a British accent.

Despite being on NCIS LA since 2010, Marty could find himself questioning his senior position as a liaison officer.

The synopsis of the upcoming episode, Survival of the Fittest reads: “A Marine falls ill during a training mission due to an attack by a genetic weapon.

“Deeks struggles with balancing work and home life when Rosa comes down with the flu.”

While the rest of the team takes on dangerous missions, Marty will have to overcome a parental mission of his own.

Although Marty’s mother, Roberta (Pamela Reed) is in town to help out, he may decide to step down to be at home with Rosa more.

Marty and Kensi are adjusting to parenthood with the additional challenge of Rosa being a teenager.

Although they had planned to adopt a baby, they bonded with a young adult and agreed to take her in.

Fans will have to stay tuned to see how Marty will overcome this difficulty and if he will decide to give up his role.

NCIS: Los Angeles season 14 continues Sundays on CBS in the USA. A UK release date is yet to be announced