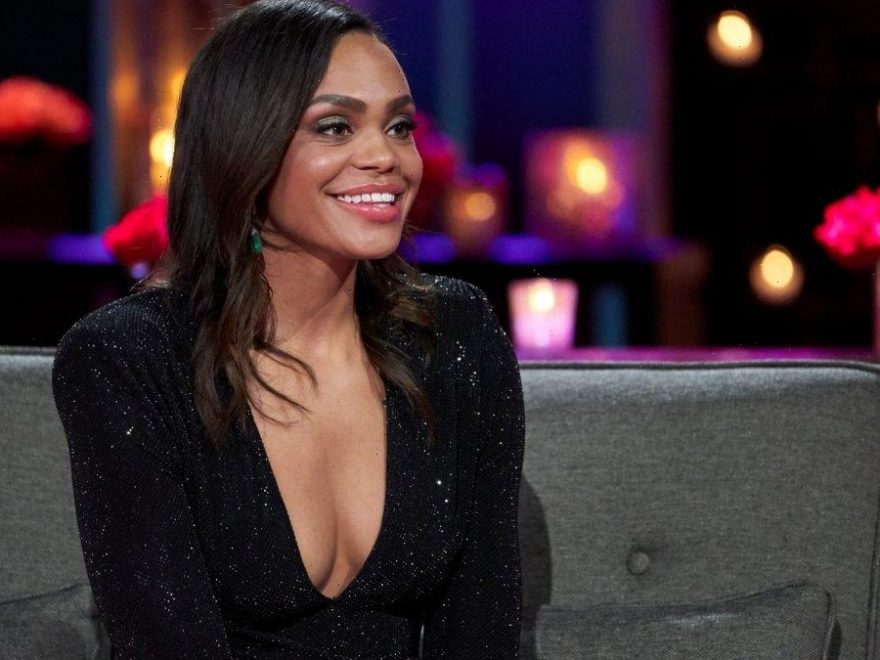 With Katie Thurston’s season of The Bachelorette behind us, fans are starting to look forward to Michelle Young’s season. Thurston and Young were both announced as the Bachelorettes after competing for Matt James’ heart on The Bachelor. So far, not much has been released about Young’s upcoming season. But a new photo gives us a few clues about the season.

The Bachelorette production has been very secretive about Young’s season so far. But executive producer Mike Fleiss recently released an image from filming.

“On location with our #TheBachelorette,” Fleiss captioned the pic.  In the picture, Young sits on the bleachers of a gym with several basketballs behind her. She sports a black sports bra and leggings.

The photo looks like it’s presumably from a group date, judging by the amount of basketballs behind Young. Long-time Bachelorette fans will remember that Rachel Lindsay had a group date in a similar setting on her season of The Bachelorette.

Young played division 1 basketball at Bradley University and the sport was something that she and James bonded over during his season, so it stands to reason that Young may be looking for someone athletic to give her final rose to.

Fans are already ready to get this season started and commented on Fleiss’ post as such.

“She’s glowing,” one person wrote. “I already know she will be serving the greatest looks for us! Hopefully the fashion is great this season!’

“Best of luck to Michelle on finding her forever person!” another person said.

“Can’t wait to watch her journey!!!” one fan tweeted. “I really hope they found good genuine MEN, not boys.”

Some people tweeted advice for Young.

“Also Michelle, get rid of the guys that start drama and talk to you about other guys,” one fan wrote. “You’re a great judge of character. It’s a waste of time to do that. Those guys never get picked and they never have a real connection because they are focused on everyone else. And then home!”

Young was a late addition to James’ season, however that didn’t stop the two from having a strong connection. Young actually made it to James’ final two before she was sent home. Young was blindsided when James said he didn’t see a future between them.

“As I was coming back to Minnesota, leaving Pennsylvania, I felt like I was spinning in circles and I felt like I was trying to put the relationship down — and I had,” Young said on the Bachelor Happy Hour podcast after the season. “But, emotionally, I wasn’t able to move forward. It was really difficult. Because I wasn’t able to get that closure from Matt at that time, I think that was what was making it hard for me.”

However, eventually Young was able to get closure on her own.

“The most valuable thing that I’ve actually learned from this process is that I now know that I can get the answers and closure within myself. Even walking on that stage for ‘AFR,’ I had the closure I needed,” she said. “I had some questions, but I also wasn’t putting the ability for me to get closure on Matt’s responses.”

Now, Young is ready to find love. Her season of The Bachelorette will premiere on Oct. 19.