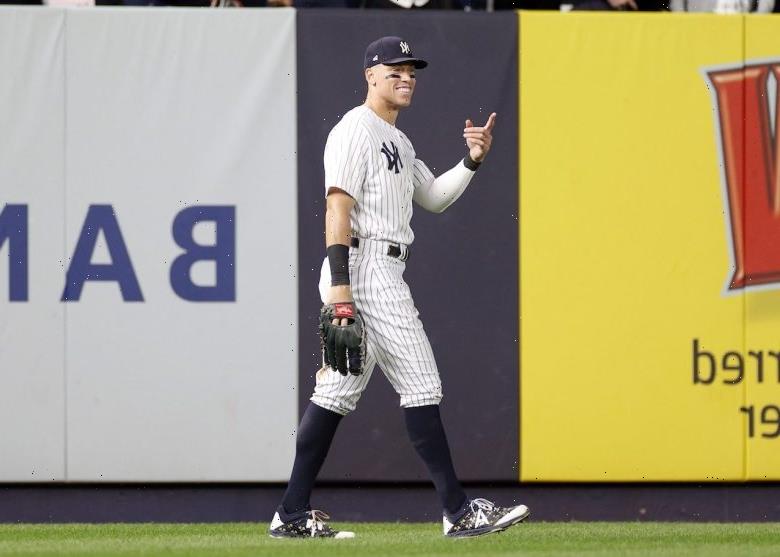 New York attorney general Letitia James started the week with a $250 million civil suit against the Trump Organization September 21, alleging years of fraudulent business practices. She ended her week on another controversial note, albeit one of much less national importance: She’s calling on Apple TV+ to make September 23’s New York Yankees game available for all New Yorkers to watch without a paid subscription. Specifically, to watch it on local Yankees-focused cable channel YES.

The backstory for those of you don’t follow Buster Olney on Twitter or check in with ESPN throughout the day: Tonight, Aaron Judge, the star Yankees slugger and outfielder, may hit his 61st home run of the season, which would tie him with the record Roger Maris set in 1961 for the most home runs ever by any player from any team in an MLB season to that point, breaking the previous record of 60 established by Babe Ruth in 1927.

Mark McGwire of the St. Louis Cardinals broke the record in 1998 with 70 home runs; Barry Bonds of the San Francisco Giants broke that record in 2001 with 73. Those results are widely discredited by baseball fans since both players used performance-enhancing drugs, but their results are not officially stricken from the record.

So a lot is on the line with the game September 23, the 150th of the season, and New Yorkers can only watch it with an Apple TV+ subscription, prompting this official response from James in Albany:

“History is in the making as Aaron Judge electrifies Yankees fans, and everyone who loves baseball. To deny millions of New Yorkers, and fans around the nation, the opportunity to watch as Aaron Judge steps up to the plate, is wrong and unfair. New Yorkers paid their cable bills expecting to see live sports programming. Now they are being asked to do extra if they want to watch this exciting home run chase, and potentially historic game. That is why I am calling on Apple and the MLB to reach a fair accommodation with the YES Network so that fans can watch what we all hope will be history made this evening.”

It should be noted that there’s an extra bit of history on the line: Maris’s record-breaking 61st home run in 1961 occurred in the last game of that season, Game 162. For some time, baseball nitpickers thought it wasn’t as valid as Ruth’s 60 home runs, because he achieved that record in what was in 1927 still a 154-game season. If he had had eight more games, he might have gone above 61 home runs that season. Initially, Maris’ achievement even appeared with an asterisk in the official MLB records. That eventually fell away, and most people accepted Maris’ record. The prospect of him breaking Ruth’s mark inspired so much hostility from Ruth fans that Maris received death threats.

Judge, 30, signed just a one-year contract with the Yankees for this season. He’s been with the Yankees since 2016, but is widely expected to take an even bigger payday with another team — the Dodgers? the Giants? the Cubs? — next season. So this may well be Yankees fans’ last chance to see such an achievement for some time. If Judge ties Maris’ record, he will have done so in Game 150, in fewer games than Babe Ruth took to hit his record, and 12 games faster than Maris. For those who still believe that asterisk was necessary, Judge’s achievement would definitely break Ruth’s record.

Whether Letitia James’ statement is worthy of the New York Attorney General’s office is another matter. She stands for re-election this November, and this is certainly some red meat for the Pinstripe Alley constituency.