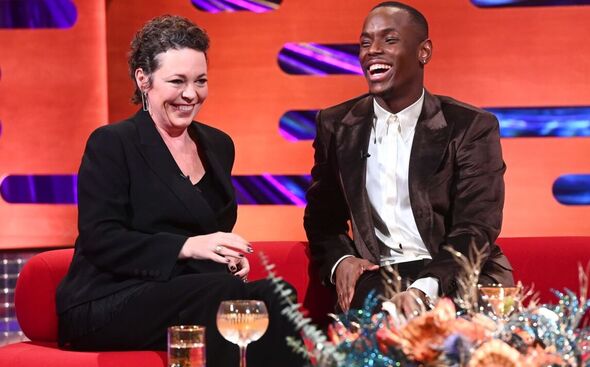 Oscar winner Olivia said: “There was one particular moment when I was astride Micheal in a compromising and slightly embarrassing situation, and he said, ‘It’s my mum’s birthday today.’ When he said she was 43, I was like, ‘OK, stop talking!’”

Blue Story actor Micheal said it was an “incredible” experience to share the “same space” with Olivia, who won the 2018 Oscar for The Favourite.

He added: “If Olivia had been rude I might have thought that’s how I need to be to reach a certain level of success, but the fact she is so lovely showed me I can be a good person and still be successful.”

Set in an old cinema in an English seaside town in the early 1980s, Empire Of Light explores human connections and romance.