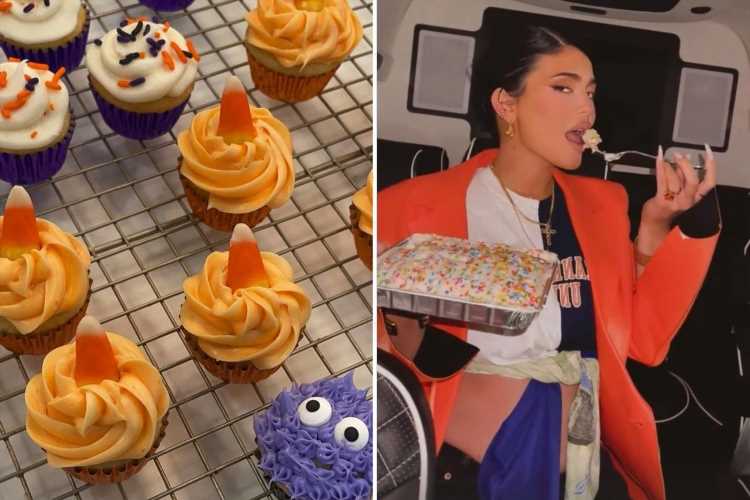 PREGNANT Kylie Jenner showed off the Halloween cupcakes she baked with her three-year-old daughter, Stormi.

The mom-to-be again recently revealed her pregnancy cravings include donuts and pasta. 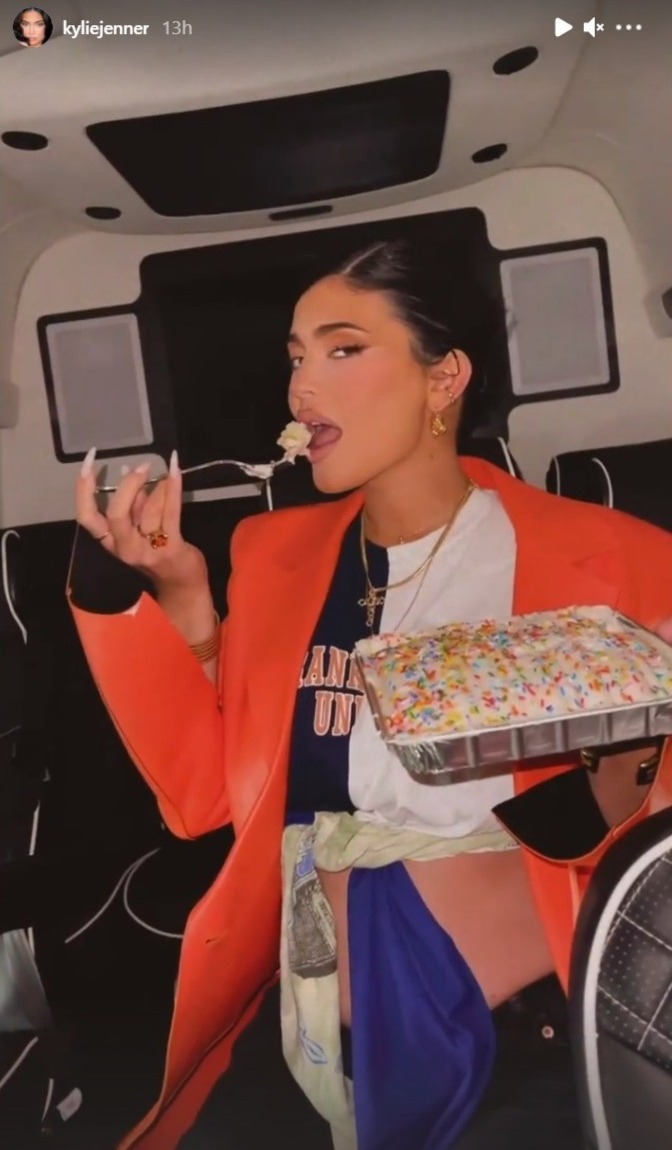 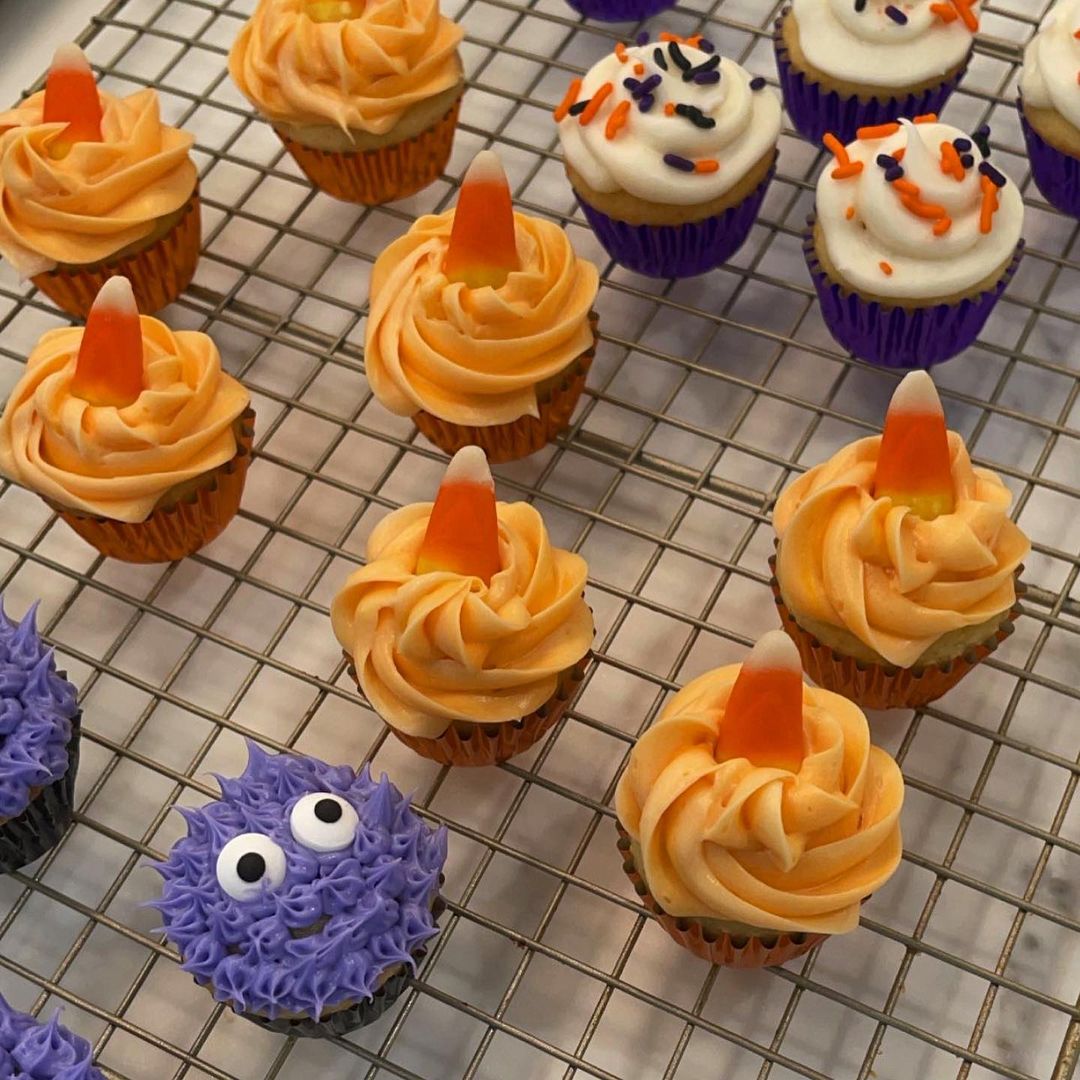 In a post captioned "October," Kylie showed off her Halloween baking.

The makeup mogul mom then shared a snap of Stormi's adorable little hands, laden with purple frosting, after enjoying one of the treats.

Kylie has previously spoken about her pregnancy cravings both on the show and online.

The reality star recently opened up about her second pregnancy and being hungry for everything from pasta and cookies to frozen yogurt.

She posted an Instagram story of herself eating a cup of frozen yogurt covered in, what appeared to be, Fruity Pebbles cereal.

Kylie captioned the post "Cravings," admitting the snack has been her go-to during her pregnancy.

A few weeks ago, Kylie revealed her first craving soon after the announcement of the pregnancy.

Kylie shared a brief Boomerang of her stomach while sitting in the car on her Instagram Stories and wrote: "Belly's getting big," with a love heart.

She gave fans a glimpse of her pregnancy cravings as she tucked into a bag of Shipley's Do-Nuts.

🔵 Read our Kardashian live blog for the latest updates

When previously asked about her cravings while pregnant with Stormi in 2018, Kylie told fans “Eggos!!!”.

“I never liked them before I was pregnant & haven’t had one since I had her. so strange! Lol.”

In a previous Q&A session, she told fans about previous cravings.

She admitted that she had a fondness for In-N-Out burgers and donuts when she was pregnant with Stormi.

Considering her love of donuts has returned, it may be possible that Kylie will be spotted eating from the burger chain sometime soon.

Kylie made a TikTok post of "what I eat in a day 🤍," giving away one of her new pregnancy cravings in the middle of the video.

She began the video with a quick clip posing in front of the mirror while wearing a matching orange sports bra and leggings.

She then showed off her breakfast: a bowl of regular yogurt and granola topped with blueberries, raspberries and mint.

Kylie has been baking a lot more recently, with creations including an Easter-themed cake.

On September 7, Kylie Jenner announced her second pregnancy with Travis Scott on Instagram.

In a heartwarming video, she showed herself holding her positive pregnancy test and showing it to ex-boyfriend and baby daddy Travis Scott as well as mother Kris Jenner

The video showed the doctor revealing that she was "days away" from being able to hear a heartbeat.

She also revealed a picture displaying her growing baby bump.

A source told The Sun that Kylie Jenner’s due date should be sometime in early 2022. 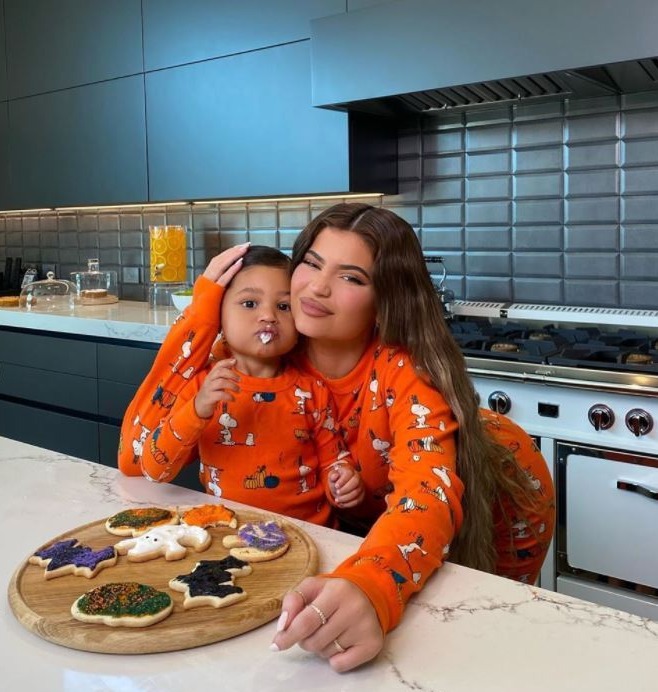 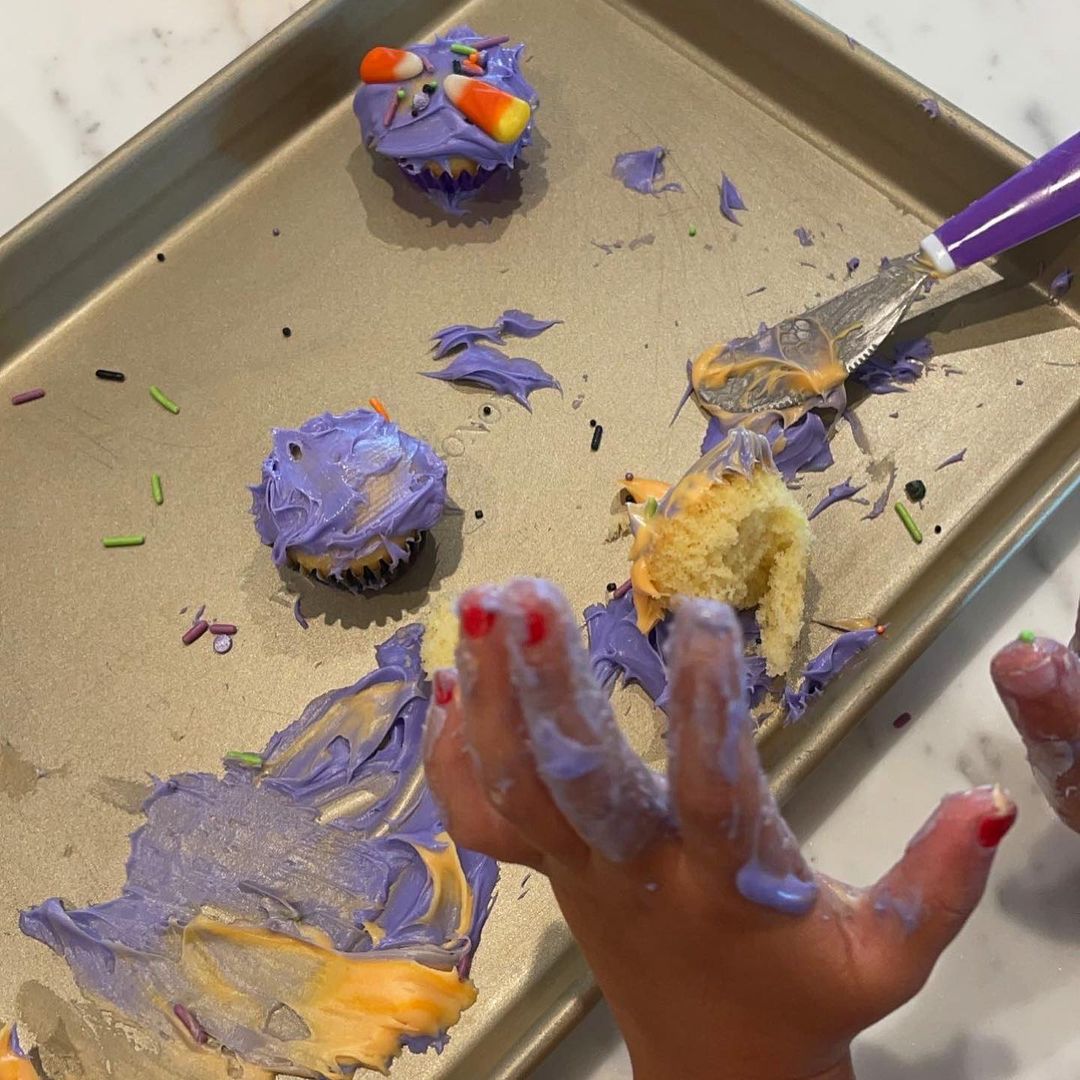 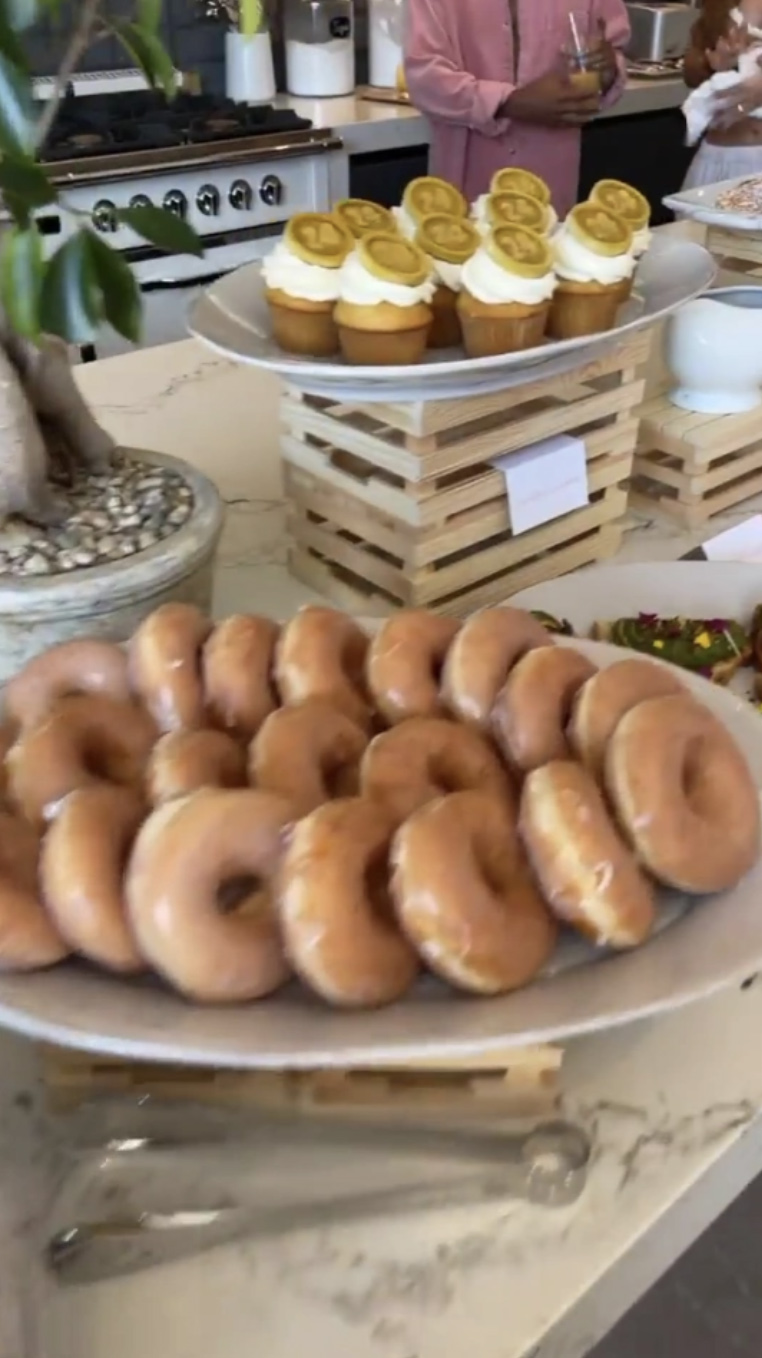