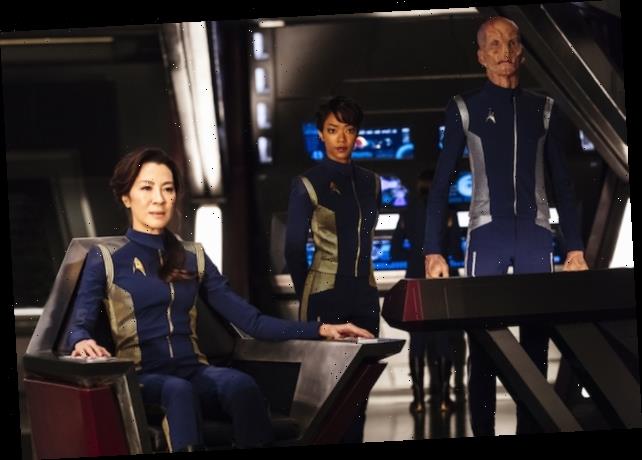 In the latest TV show ratings, CBS proper’s launch of Star Trek: Discovery‘s full first season on Thursday night drew 1.7 million total viewers and a 0.2 demo rating, shy of what a Bull rerun did in the time slot (1.9 mil/0.3) two weeks ago.

Opening the Eye’s night, Big Brother (4 mil/1.1) rose a tenth in the demo week-to-week and dominated the night in that measure. Love Island (1.9 mil/0.5) ticked up to Thursday highs.

Over on ABC (and pending adjustment due NFL preemption in Miami), Celebrity Family Feud (5.1 mil/0.7) delivered Thursday’s largest audience. Leading out of that, Press Your Luck did 3.5 mil/0.6, followed by Match Game‘s 2.9 mil/0.5.

The Live+Same Day numbers reported in our ratings column do not reflect a show’s overall performance, given the increased use of delayed playback via DVR and streaming platforms, plus out-of-home viewing. These numbers (Nielsen fast nationals, unless denoted as finals) instead aim to simply illustrate trends or superlatives. Warning: Contents may be hot!