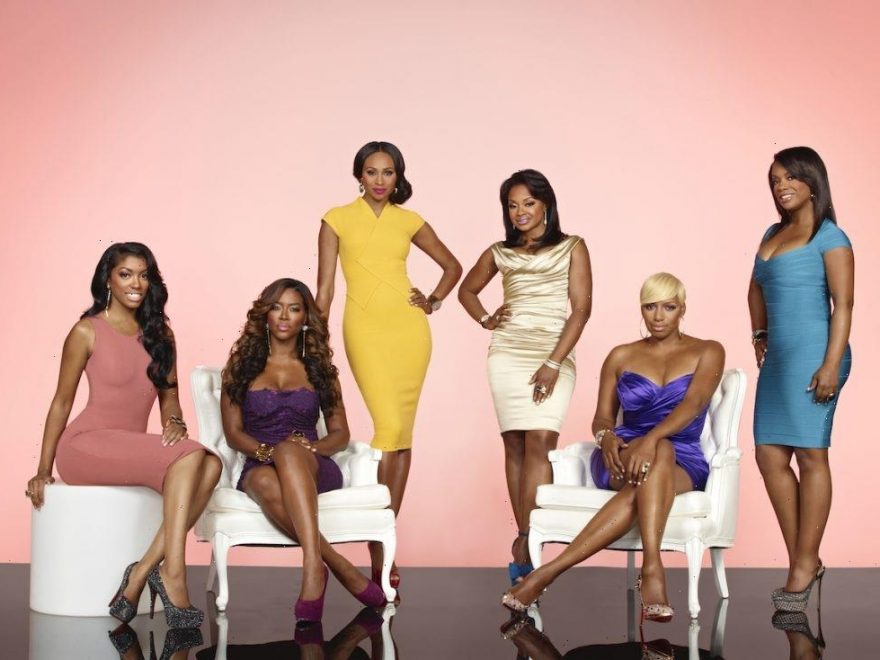 Most people jump at the chance to become a cast member of RHOA. But for Kandi Burruss and Cynthia Bailey, the decision to join the show wasn’t that easy. Burruss didn’t think she’d fit in with the cast. Bailey on the other hand was turned off by the drama.

Burruss joined the show in season 2. In a chat with Bravo, Burruss says she was a fan of the show in its inaugural season.

“I saw season one – I loved it, I thought it was hilarious,” she admits.

Unlike her co-stars who were stay-at-home moms or taken care of by wealthy men, Burruss was a self-made woman. She’d been in the music industry since she was a teenager with the R&B group Xscape.

From there, she began a successful songwriting career, writing for the likes of Destiny’s Child, Whitney Houston, and Mariah Carey. Burruss was also popular in Atlanta, where she was born and raised.

Related: Andy Cohen Says Kandi Burruss Is the Most Business-Savvy Housewife on Bravo

Because of her background, Burruss wasn’t sure if she’d register with the rest of the cast.

“When they asked me to be part of the show, I didn’t think that I would fit in,” she said. “Now it’s so funny to me that I’m still here after all of these years because I really thought it was just going to be one season [with] me just coming and hanging out for a minute and being like, ‘OK, it was great. Goodbye.’”

Burruss has been on the show for 12 seasons now and has no plans on slowing down. Within that time, she’s built a great partnership with Bravo, being the only one of her cast to have multiple spinoff specials. A new spinoff series focused on her Atlanta family restaurant is set to air soon.

A year after Burruss’ introduction to the show, supermodel Bailey joined the cast. At the time, she was new to the Atlanta area. She spent the bulk of her adult life living and working in New York City. She moved to Atlanta to be with her then-fiance Peter Thomas – as well as to establish a career outside of modeling.

Like Burruss, Bailey was also a fan of the show, telling Bravo that the catfights she witnessed scared her off.

“I basically watched the first two seasons which did not work in my favor because I was like, ‘Oh, hell no! I cannot go on the show with these women,’” Bailey joked.

Related: ‘RHOA’: Mike Hill Was a Fan of Cynthia Bailey Before They Met

Bailey had a rough start. The self-proclaimed class act with a more reserved and seemingly passive demeanor found it difficult to navigate the drama. Furthermore, her friendship with Nene Leakes made her co-stars and viewers view her as weak because of her choice to take the high road in much of the drama.

11 seasons later, and Bailey has found her footing. She’s become a fan favorite for her ability to pick and choose her battles. Her entrepreneurial journey has also been chronicled on the show.

RHOA airs every Sunday on Bravo at 8 pm EST.