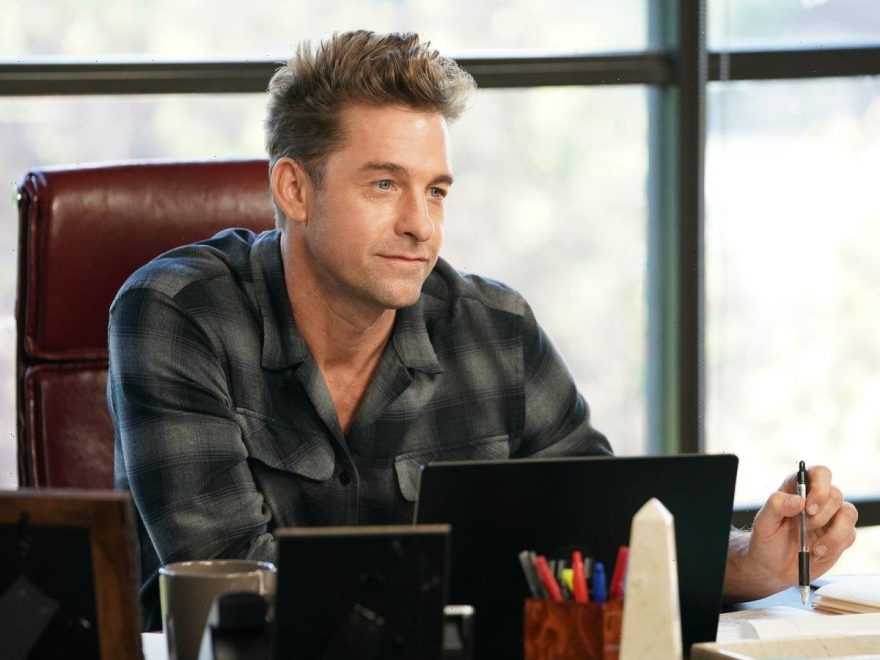 Grey’s Anatomy has a tendency to dig up the past, and the ABC medical drama did exactly that when it welcomed Dr. Nick Marsh (Scott Speedman) back to Grey Sloan Memorial Hospital. The surgeon previously appeared back in season 14, but nothing ever came of his banter with Meredith Grey (Ellen Pompeo). With Speedman returning to Grey’s Anatomy in season 18, that could change. And Nick Marsh’s comeback wasn’t one that fans saw coming. Thanks to Speedman, we know how the series kept his return a secret.

Ahead of Grey’s Anatomy Season 18, the series teased the return of someone from Meredith Grey’s past. Fans had guesses about who that could be, ranging from her sister to George O’Malley (T. R. Knight).

Of course, it wouldn’t be the first time some twist of fate brought a late loved one back into Meredith’s life. Season 17 surprised fans with a cameo from Patrick Dempsey, the last person they expected to see after Derek Sheperd’s death.

And with Nick Marsh still alive and kicking, his appearance in season 18 was hardly as difficult to pull off. Still, in both scenarios, the people behind Grey’s needed to keep a secret. According to Speedman, they have a system for that.

Whether fans were excited to see Speedman’s character back at Grey Sloan Memorial Hospital or disappointed by his cameo, they shared one thing in common: they didn’t see it coming.

That’s often the case when Grey’s Anatomy surprises its fans with blasts from the past. The Derek Sheperd appearance in season 17 somehow stayed under the radar despite the show’s — and the actor’s — popularity. Even Speedman admitted he’d wondered how the show pulled that off. With his own secret cameo in season 18, he got a firsthand look.

During an interview with The Hollywood Reporter, the actor revealed that Grey’s has a system for such appearances, which includes excluding the actors from read-throughs and blocking out their names:

“Even I kept wondering how they were doing it. I think the Grey’s showrunners and the whole show had done it the year before with Patrick Dempsey and other returning people, so they had this infrastructure that knew how to do it. I wasn’t allowed to do read-throughs. My name was gone from everything. We changed the character name. We shot three episodes in four days, so they just backlogged it.”

In a culture wrought with spoilers, Grey’s has adapted to ensure it can still throw a twist fans’ way. But now that Speedman’s return is confirmed, will he play a bigger role in the show?

Is Scott Speedman sticking around?

Now that the cat’s out of the bag, it seems Speedman will be sticking around for a while. Following his initial appearance, Deadline reported that the actor would become a series regular moving forward.

And romantic feelings are blossoming between him and Meredith. It’s a development some fans have welcomed, while others are not so fond of it. Speedman is hoping to win viewers hearts though, telling Entertainment Tonight:

“They’re very protective of that character, Meredith’s character. So they want the best for her and… it’s a thing. So we’ll see. I’ll win them over.”

Only time will tell if he succeeds — but as a series regular, he’ll certainly have more of it to convince them.