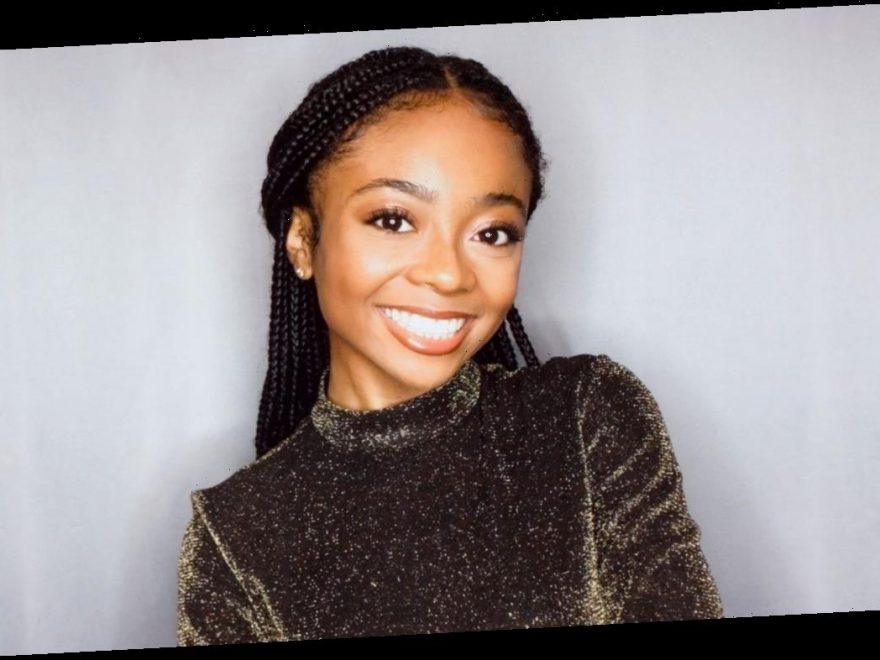 To prepare for her upcoming debut on Dancing With the Stars, Skai Jackson is taking a little inspiration from the show’s new host, Tyra Banks!

While speaking with ET via Zoom this week, Jackson told ET she’s looking forward to bringing her very own “smize” to the ballroom. Banks coined the term, which means “smiling with your eyes,” while hosting America’s Next Top Model.

“I think Tyra’s really cool. I used to watch her all the time on America’s Next Top Model, so it’s really cool that she’s going to be on this show,” the Bunk’d star, 18, told ET’s Lauren Zima. “I think she’ll bring amazing energy, so I think that’s a good change.”

“I have been practicing the smize,” she continued. “Me and my partner, we’re doing the Tango, and he’s like, ‘You gotta put on your smize face and bring that energy.’ He literally will say, ‘Give me your Tyra,’ all the time.”

Jackson told ET that she hasn’t told Banks how inspired she is by her just yet, but plans to do so soon.

“I’ve only talked to her once on the phone,” she shared. “She’s just super nice and super sweet. But when I do see her [next], I will tell her that.”

Later in the interview, Jackson — who was born in New York City — teased even more of what fans can expect from her first dance, which you can watch her perform when the show kicks off Monday, Sept. 14 at 8 p.m. ET/PT on ABC.

“I’m going to keep the song a surprise, but I will say, [the singer], she’s the queen of something, of a music genre. She’s amazing and I love her so much! I’ve been a big fan of her for years and years and years.”

“And she’s from New York, too, so I think that will be really cool … bringing that New York energy, that vibe,” she added. “I can’t wait. I think people are definitely going to love the song!”

As we patiently wait to see Jackson rock it in the ballroom, watch the video below for more on what we can expect from the all-new season.