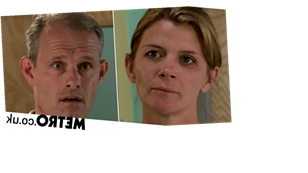 Leanne Tilsley (Jane Danson) discovered that Nick (Ben Price) was having doubts about the court case in Coronation Street tonight (November 6) and therefore — after a huge showdown — she cut him out of both her own and Oliver’s life.

With Wendy having completed her interviews, Leanne was fearful of what the outcome of the court hearing might be.

Therefore, Simon Barlow (Alex Bain) decided to offer assistance, as he suggested that Wendy interview him, given that he’s Oliver’s brother.

Everyone agreed, and thus Simon spoke to Wendy, but he soon spied an opportunity to help his mum put her mind at rest.

Yes, Wendy had left her dictaphone behind, and thus the young man snatched it and gave it to Leanne.

What is mitochondrial disease?

Mitochondrial diseases result from failures of the mitochondria, specialized compartments present in every cell of the body (except red blood cells).

Mitochondria are responsible for creating more than 90% of the energy needed by the body to sustain life and support organ function. When they fail, less and less energy is generated within the cell. Cell injury and even cell death follow. If this process is repeated throughout the body, whole organ systems begin to fail.

The parts of the body, such as the heart, brain, muscles and lungs, requiring the greatest amounts of energy are the most affected.

Symptoms vary depending on the organ(s) affected but may include seizures, atypical cerebral palsy, autistic features, developmental problems, fainting and temperature instability.

According to The Lily Foundation, the prognosis depends upon the severity of the disease and other criteria. As more research funds are raised to find more effective treatments and ultimately a cure, some of the affected children and adults are living fairly normal lives with mitochondrial disease.

In other cases, children may not be able to see, hear, talk or walk. Affected children may not survive beyond their teenage years. Adult onset can result in drastic changes from an active lifestyle to a debilitating ilness is a short amount of time.

Treatment plans vary from patient to patient but involve therapies, diet changes and other means to try and slow the progress of the disease.

You can find out more information from the NHS here.

Desperate to know what everyone had said about Oliver, Leanne played back the interviews, and she was left distraught when she heard Gail Rodwell (Helen Worth) claim that Nick isn’t being honest with her regarding her decision to fight in court for Oliver.

Leanne railed at Gail, but Nick eventually came clean, admitting that what his mum said was true: he doesn’t believe that going to court is in Oliver’s best interests, and he thinks that the doctors are correct regarding his chances of survival.

Leanne accused him of wanting Oliver ‘out of the way’ now that he’s got a son of his own in Sam (Jude Riordan), before informing him that Oliver doesn’t need him, and neither does she.

Is this the end of Leanne and Nick?