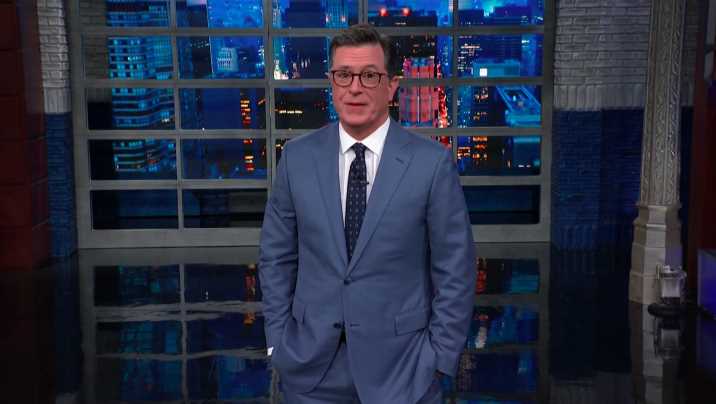 Stephen Colbert needled President Donald Trump after he refused to say whether or not he would stop the crowd at his next rally from chanting “Send her back” on The Late Show Thursday.

Thursday night, Trump gave a speech in Cincinnati, Ohio — “For once chili on spaghetti was not the most disgusting thing in town,” Colbert cracked — which marked his first since his audience started chanting “Send her back” about Minnesota Representative Ilhan Omar. As CBS reported Friday morning, the chant did not pop up at the Cincinnati event, though it wasn’t necessarily Trump who dissuaded his audience from going there.

Ahead of the rally, reporters asked Trump multiple times whether he would stop the chant if it broke out, and the president repeatedly deflected, talking instead about crowd size and how much his supporters love him. Breaking out his Trump impression, Colbert cracked, “They love me, they really love me — or, they really hate Mexicans. You know, potato, burrito.”

“Makes sense, after all Booker’s campaign is, ‘Living on a prayer!’” Colbert said as he broke out his best hair metal falsetto. “And Booker really needs that fundraiser because since he’s polling below two percent, he’s not even ‘halfway there!’”