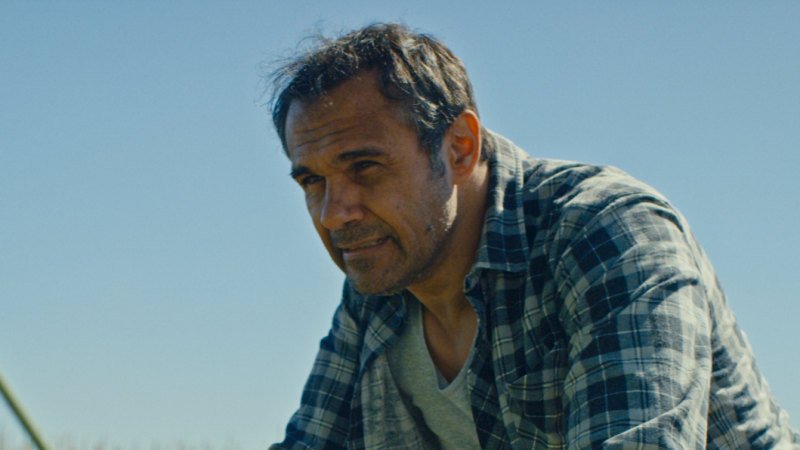 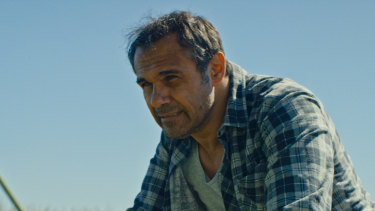 Aaron Pedersen, who is in Broome filming the second season of the ABC's hit crime drama Mystery Road alongside The Bridge's Sofia Helin, considers the time he took out of his schedule to make Out of Range, a short film written and directed by emerging filmmaker, John Harvey, "an investment".

"He might do features later," Pedersen perhaps only half jokes. Pedersen has appeared in several of his long-time friend's projects, including the 2017 play Heart is a Wasteland, alongside Harvey's sister, Margaret Harvey, at Melbourne's Malthouse Theatre.

Out of Range, filmed over four days in Queensland to headline SBS' inaugural Short Film Festival, was written for Pedersen. The script explores the relationship between a struggling Melbourne actor, Max (Pedersen) and his estranged pre-adolescent son Levi (newcomer Araluen Lee Baxter), when their fishing trip hits a snag.

Pedersen and his young co-star made a "fast connection" during rehearsals.

"I realised I was in the company of a young man who has his own maturity. I think he got bored with me every now and again but that was in the character. I didn't take that personally. He was being the age he was and it came out in a beautiful way in the performance."

The film is one of four scripted and 10 non-scripted works selected from around Australia that showcase filmmakers from diverse communities under-represented on screen. A snapshot of the program, which is available in its entirety on SBS OnDemand from September 13 to 15, includes Lorcan Hopper's The Loop, a meeting of documentary and soap opera that focuses on disability; Miley Tunnecliffe's Molly and Cara, a scripted generation-gap story about unlikely flatmates; Eliya Cohen's Sidelines, which follows a Tasmanian underdog cricket team; and A. B. Morrison's Tribunal, a neat drama about a gay refugee's bid for asylum.

I watch short films when I'm on the go, when I'm commuting.

SBS' commissioning editor of documentaries, Susie Jones, who is also responsible for such series as The Ghan and Every Family Has a Secret, says the festival, the broadcaster's first short film program since international series Eat Carpet finished in 2005, proves what happens when emerging talent is nurtured.

"Even for the projects that didn't progress to full commission but went to development it was a valuable and gratifying experience. In some instances, it's people's first film. To see something go from a paper pitch to finished product, there's always a level of nervousness, but I think these films will have broad appeal and will do well in film festivals if the filmmakers choose to enter them."

She says bite-sized cinema is made for contemporary consumption.

"I watch short films when I'm on the go, when I'm commuting. It's a really mixed bag of content. Perhaps you'll click on one that doesn't grab you, and then there's something else that's quite different."

For Pedersen, there is much to love about the short film genre.