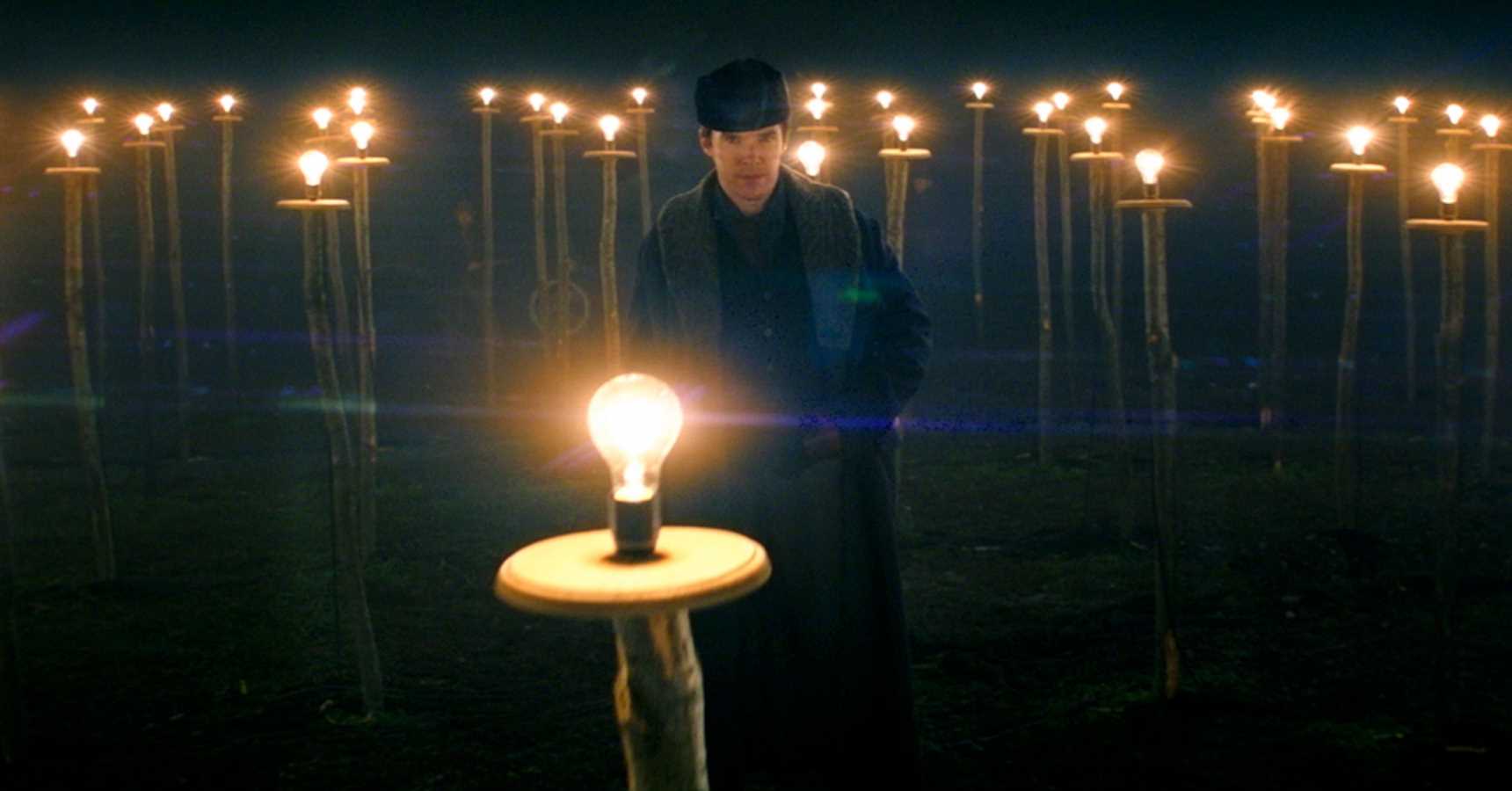 When it comes to the battle of who will control electricity, only one man will rise — or so says Benedict Cumberbatch’s Thomas Edison in the latest trailer for The Current War.

In the trailer, exclusively obtained by EW, Edison and his rivals George Westinghouse (Michael Shannon) and Nikola Tesla (Nicholas Hoult) duke it out for control over the nation’s electrical system in a dramatization of the real-life corporate feud that would come to be known as “the war of the currents.”

“This is a battle of the greatest minds of America,” Edison says in the clip, while Westinghouse ominously intones, “If you want to be remembered, it’s simple: Shoot a president. But if you prefer to have what I call a legacy, you leave the world a better place than you found it.”

Director Alfonso Gomez-Rejon says the conflicting desires of leaving a legacy or doing whatever it takes to win intrigued him. “How far would you go to be remembered or to win was also a question that I had asked before reading the script, and wanted to explore that part of,” he tells EW. “Hopefully people will see a period film that is modern and relatable, not stodgy and old-fashioned. They were young men rejecting the past and changing the world, and hopefully the film puts you in their shoes.”

The historical drama has had a long road to the big screen. The Weinstein Co. originally planned to release the film in November 2017, following its debut at the Toronto International Film Festival that September. But after the Harvey Weinstein scandal rocked the company, The Current War was bought by Lantern Entertainment, who later sold the film’s U.S. distribution rights to 101 Studios.

Gomez-Rejon calls the wait “painful” and says it “felt like a lifetime in hell,” but he’s thrilled with where the film ended up. “It’s been hard to move on because you’ve had this unfinished work that you care about and you’ve struggled to wrestle into shape, and finally you have this opportunity to get this out into the world,” he says. “I’m ready for an epilogue to this story that’s actually a happy ending after a few years of it being a bit of a struggle for so many involved.”

The director, known for the indie dramedy Me and Earl and the Dying Girl, says the delays also allowed him to change the film quite a bit. “The cut at TIFF was a work in progress — it was a very fluid post-production — so it was a work in progress that wasn’t fully realized, and far from what I intended the film to be by the time it screened,” he says.

The new version of the film — which is recut and features entirely new scenes and a whole new score — is now the “best version of [the film] and the film I wanted to make,” he says.

The Current War will open Oct. 4 in limited release and go nationwide Oct. 11. Watch the new trailer above.