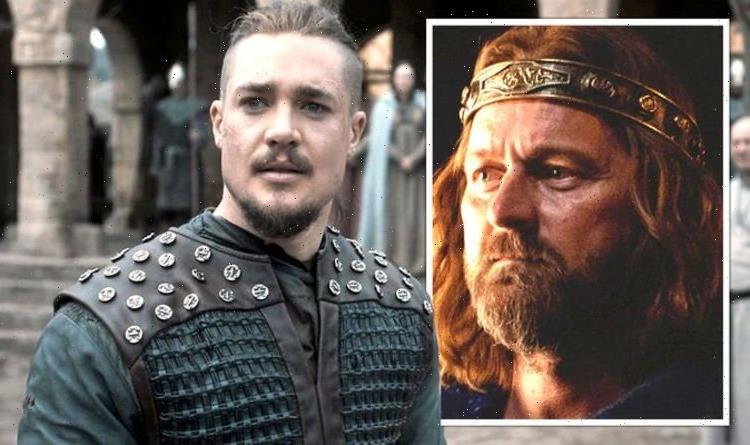 The Last Kingdom will return to Netflix soon for its final season, but the story will not end there. For many of the characters, their arcs will come to a distinctive end, but not for Uhtred of Bebbanburg (played by Alexander Dreymon). He will return in the upcoming film, Seven Kings Must Die, and here’s all we know so far.

Who are the seven kings in Seven Kings Must Die?

The Last Kingdom fans were heartbroken to hear season five would be the last in the historical drama.

The Anglo-Saxon series is based on The Saxon Stories by Bernard Cornwell, with season five taking inspiration from books nine and 10.

Viewers were curious to know how the remaining three books would be covered, and they are in luck.

Actor Dreymon announced back in October 2021 that Seven Kings Must Die could cover the rest of the story.

Dreymon said at The Last Kingdom’s Comic-Con panel: “When we started shooting the show there were ten books that Bernard Cornwell had written, and we had structured the show in a way that season five was always going to be the last season.

“However, for a good while now we’ve been in talks about maybe a little extension… because it felt like it couldn’t quite yet be the end.”

Seven Kings Must Die is believed to be at least partly inspired by the final three books in Cornwell’s series – War of the Wolf, Sword of Kings, and War Lord.

Fans have taken to Reddit to discuss who the seven kings are and what roles they play.

One of them could be King Constantin (Ross Anderson), who is being introduced as a new character in season five of The Last Kingdom.

The character is based on the real Constantine of Scotland – who ruled Alba, or Scotland, in the 950s.

Aethelstan (Harry Gilby) invaded Scotland in 934, so he may go head to head with Constantin in the series.

Wheres-Patroclus suggested: “Many kings have died over the course of the series, and I’m not sure if the prophecy includes them all, or only those made after its first heard.

“Osbert of Northumbria, Edmund of East Anglia (the Martyr), Peredur of Cornwall, Guthrum (baptized as Aethelstan), Alfred of Wessex, the Vikings Ragnall and Sigtryggr, and finally, Edward the Elder (not counting Aelfweard cause who does) all die before England becomes one nation under one king.”

The final book mentions the seven kings, with the War Lordepilogue saying: “The poets say seven kings died (at the Battle of Brunanburh), and perhaps they did, but some were mere Chieftains that called themselves kings.”

Constantin took part in the battle at Brunanburh, so he could indeed be one of the kings.

In the books, Aelfadell is heard saying: “Seven kings will die, Uhtred of Bebbanburg, seven kings and the women you love.

“That is your fate. And Alfred’s son will not rule and Wessex will die and the Saxon will kill what he loves and the Danes will gain everything.

“And all will change and all will be the same as ever it was and ever will be.”

Dreymon is the only actor who has been cast in the film so far, so not much else is known about the seven kings at this stage.

Hopefully, more information will come to light when the casting list is announced.

Filming on the Netflix movie is due to begin later in 2022, so it is not likely to be released this year.

In the meantime, fans are still waiting for an official release date for the final season.

A March or April release has been speculated but is yet to be confirmed.

The Last Kingdom seasons 1-4 are on Netflix now.