(SPOILER ALERT: Do not read on if you have not watched the sixth episode of season 2 of Disney Plus’ “The Mandalorian.”)

After a wildly exciting episode which gave us the ass-kicking first live-action appearance of Ashoka Tano, this week’s edition of “The Mandalorian” was lighter on big reveals, but heavier on Mando’s parental stress levels.

“The Tragedy,” as it’s ominously called, cuts right to the chase with Mando and Grogu (formerly, or not so formerly, known as Baby Yoda) arriving on the planet Tython. Ahsoka told Mando to place Grogu on the seeing stone in the ruins of an old Jedi Temple there, and Mando does just that. After a little while, Grogu begins using the stone to project a massive force field, which Mando cannot penetrate, directly into the air.

However, before they can finish their Jedi business, first Boba Fett (Temuera Morrison) arrives with an old friend to take back his armor, then Moff Gideon’s (Giancarlo Esposito) troops crash the party.

But no more forcing around, here are some burning questions from “The Tragedy”:

How is Fennec Shand still alive?

The friend that Boba brings along is the bounty hunter Fennec Shand (played by Ming-Na Wen), whom Mando left for dead on Tatooine in a Season 1 episode. However, as Boba is quick to point out, he too was once thought to have perished on the sand planet, and look what a miraculous Sarlacc pit recovery he made! Shand shows Mando that Boba revived her by inserting robotic parts into her stomach, à la Luke Skywalker’s arm. But that’s not the only trick Boba has up his sleeve…

Has Boba Fett got his mojo back?

Fans who thought the blink-and-you’ll-miss-it glimpse of Boba at the end of the Season 2 premiere was all the Boba we were going to get will be delighted to know that the bounty hunter is back in full force. Once he recovers his armor, Boba dispatches at least a dozen Stormtroopers with all his bells and whistles, before impressively downing two troop transporters with a single rocket. “I was aiming for the other one,” he tells Mando with characteristic honesty. Yep, it’s fair to say Boba’s got his mojo back.

What did Grogu see atop the seeing tone?

While Mando, Boba and Shand are fending off Moff Gideon’s troops, Grogu finishes whatever he’s doing on the seeing stone, at which point it’s decidedly nap time. But what did he see through the force? Was he searching for or contacting Jedi still alive out there in the galaxy? Was he communicating with the ghosts of Jedi past (perhaps Yoda himself)? Was he taking a much needed break from Mando’s helicopter parenting? Only time and the second half of this season will hopefully tell.

What does Moff Gideon plan to do with Grogu?

At the end of the episode, Gideon sends down his nasty shadow Stormtroopers, who abduct Grogu and bring him back to his Imperial cruiser as Mando looks on with a look of parental dread presumably on his helmeted face. Once aboard the cruiser, we see Grogu throwing regular Stormtroopers against the walls of his cell, which brings out a kind of evil pride in Gideon. Gideon teases Grogu by showing him the darksaber, before putting him to sleep. We then hear Gideon sending a message to Dr. Pershing (the scientist from season 1 played by Omid Abtahi) to let him know they have their donor back. It’s still unclear exactly what Gideon wants with Grogu, but the main clues came back in episode 4, when Mando came across Pershing’s secret lab filled with vessels containing unidentifiable alien forms suspended in a blue liquid. In that episode, Pershing mentioned he needed a donor with a high M-count (the ‘M’ presumably standing for midichlorians), and many have speculated online that they might be trying to engineer force-powered beings in those vessels. Could they be early attempts to bring Darth Sidious back from the dead, as later seen in “The Rise of Skywalker”?

How is Mando going to catch Moff Gideon?

It certainly won’t be a piece of fluorescent blue cake because Gideon’s cruiser jetted off into hyperspace, but Mando has a plan. With the help of Boba and Shand (both of whom are now in his debt), he is now set on finding former Imperial sharpshooter Mayfeld (Bill Burr), who he believes will be able to track Gideon’s cruiser. In the ashes of his ship (which is blown up by Gideon), Mando finds the Beskar spear and the little ball Grogu likes to play with. There’s no doubt he’ll play with it again some day…at least we hope. 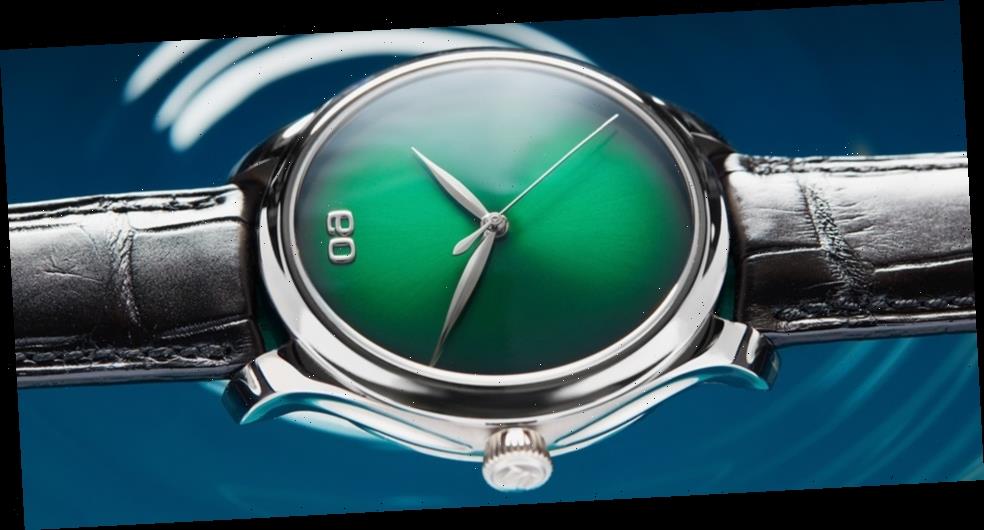