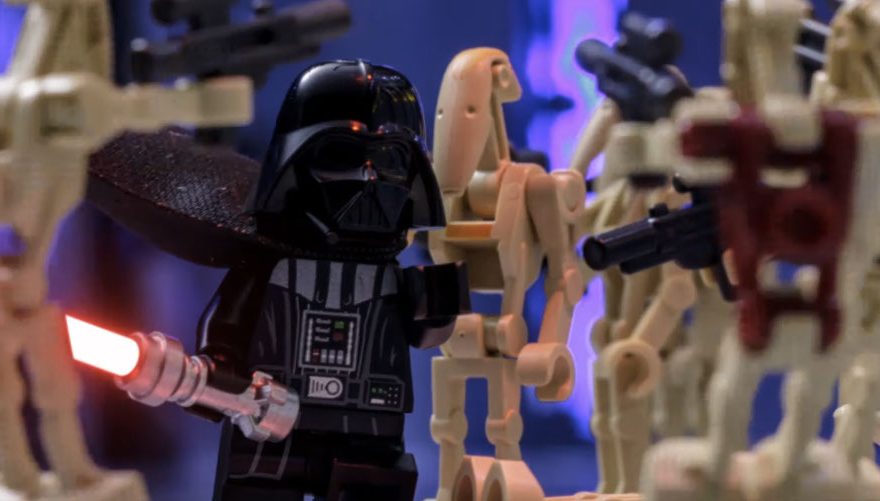 In this edition, watch as a bunch of cute kids remix Star Wars scenes in some wild ways, all through the magic of stop-motion LEGO animation. Plus, take a few minutes to watch the short film Sweet Steel from friend of the site and former entertainment reporter Will Goss, and listen as the energetic and boisterous Billy Eichner recounts his career in film and television.

First up, watch a complication of some of Star Wars greatest battles in LEGO form, but with a twist of childlike imagination. Using official Star Wars LEGO sets and stop-motion animation, kids have imagined how some of the most memorable moments in Star Wars might have been by making some drastic changes to characters, vehicles, settings and much more. Is it all in an effort to sell LEGOs? Yes, but that doesn’t mean it’s not good clean fun.

Meanwhile, on the near-opposite end of the spectrum, we have our friend Will Goss’ darkly comedic short film Sweet Steel. We should give a bit of a trigger warning that this short film has to do with suicide, but it approaches it from an angle that we haven’t seen before, and you’ll never look at gun barrels the same way again. The film premiered at South by Southwest back in March and has played several others around the United States since then, so give it a chance.

Finally, now that Billy Eichner is a much bigger star thanks to his scene-stealing role as Timon in Disney’s remake of The Lion King, the folks at Vanity Fair had him provide a career breakdown. Believe it or not, back when he was just a kid, Billy Eichner appeared in a Saturday Night Live sketch with John Goodman and Chris Farley. He explains how that happened and breaks down his rise to fame up through The Lion King.