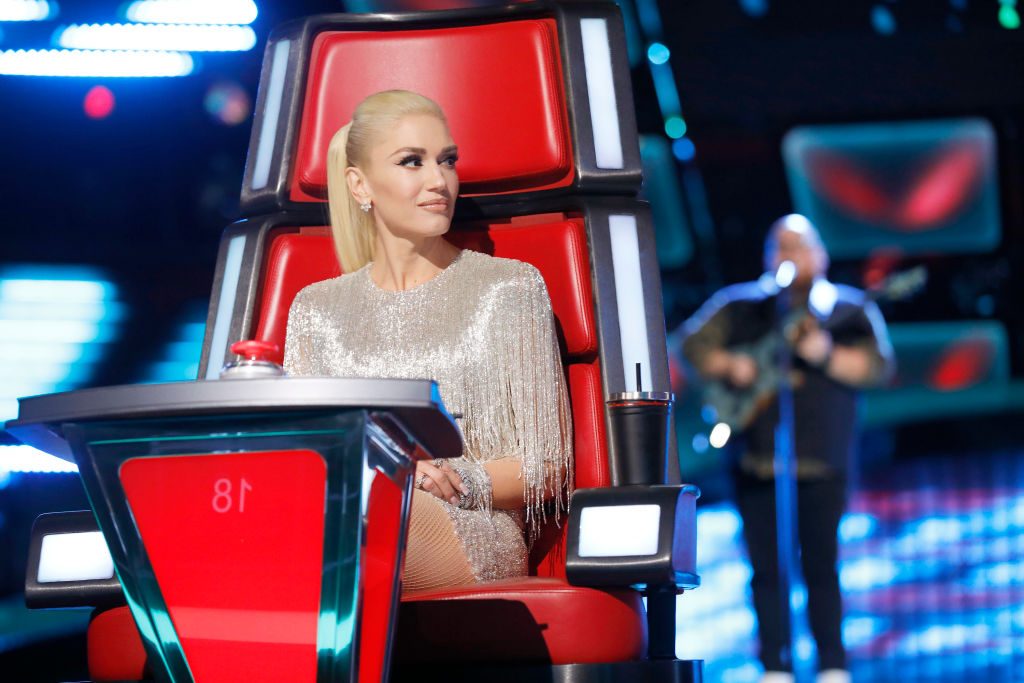 The cast of The Voice might be back to filming because Gwen Stefani shared some photos from her trailer. Find out what she said about having amazing memories from the show and more.

“I won’t forget that day,” Shelton told Billboard. “I looked over at Gwen — who I didn’t really know — and she had these huge tears in her eyes. I thought, ‘Wow, she feels super bad for me!’”

He added, “She didn’t tell me much, because we didn’t know each other at the time, but she said, ‘I’m going through something very similar to what you’re going through. I understand. And I hate it.’ That’s kind of how our friendship and bond started, that day.”

He continued, “It went from that, to checking in on each other once a week through email — ‘This sh*t happened to me, what happened to you?’ — to maybe three times a week, then every day, to ‘Hey, here’s my phone number if you ever want to text.’ Next thing I know, I wake up and she’s all I care about, and I’m ­wondering if she feels the same about me.”

The singer has returned to coach on the show since then, but Season 17 is big a change because she is replacing Adam Levine. He revealed he was leaving and Stefani gave her reaction to his decision.

“To think that [Adam’s] not going to be there is like bittersweet. And plus, like, being between him and Blake, the amount of laughter, I would have to like stop and massage my face, because it would hurt,” she said on The Talk.

She still is looking forward to the new season. “But it’s going to be fun, it’s going to be exciting. I mean, Blake’s my best friend, so I get to hang out with him at work.” The singer added, “I wanted to come back so bad. I mean, the show is so fun.”

@machacafestival was unreal last night!!! Thank u #mexico for all the love ❤️ love u so much gx

The singer posted pictures to her Instagram story about being back on set. She shared an old photo of herself with the words, “Never would believe I would be on set on Universal lot” over it. The pop star shared another with the words, “This Gwen did know she would get to be on tv! @nbcthevoice.”

Stefani also posted a picture of herself relaxing on a couch. She wrote over it, “Back at @nbcthevoice today!!!!!! So many amazing memories in this trailer. Life-changing. So grateful to be back. So excited.”

This might mean we’ll be seeing more behind-the-scenes photos from set. It’s unknown when the next season will premiere, but the show will most likely return in the fall.