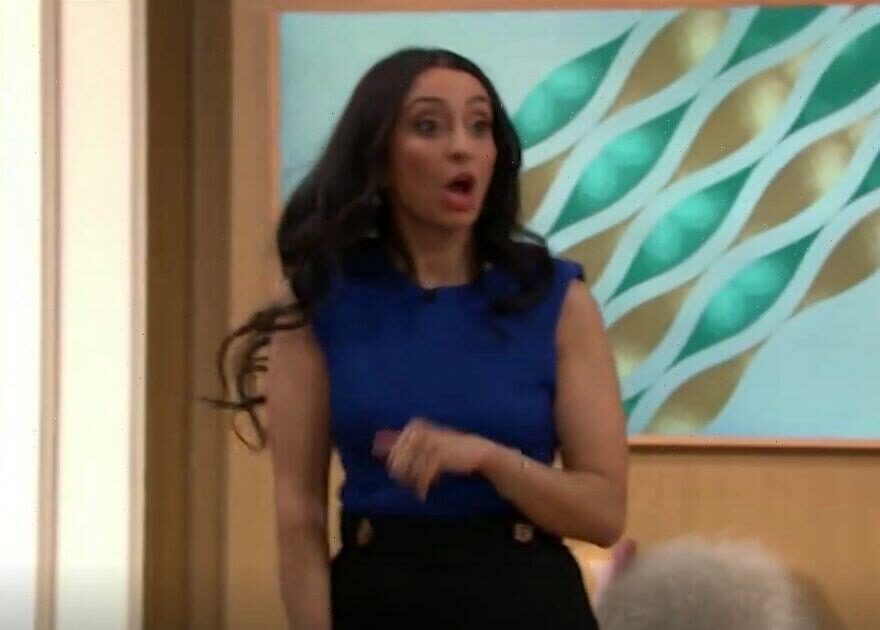 This Morning descended into chaos in recent scenes as guest walked off the ITV set in an awkward television blunder.

Phillip Schofield and Holly Willoughby were back on the famous blue sofa on Tuesday (January 17) to present the latest edition of the ITV daytime show.

They chatted about how the cold weather effects your joints and welcomed Dr Nadia Alibhai onto the programme to discuss how viewers can keep moving.

After squatting in front of Holly and Phillip, and sharing some helpful health advice, Dr Nadia got up and walked off before the end of the segment.

Dr Nadia revealed her parents kept active by playing "badminton at home" but sometimes the shuttlecock gets "stuck in their chandelier", which was cheekily mocked by Phillip.

After Phillip and Holly thanked her for the tips, she walked up to the presenters and said "My parents are going to kill me".

As the medical professional walked off set, Phillip added: "She's off to exercise. See you later."

She waved back and said "Bye" before the camera panned over to her mouthing to Phil and Holly "Was it live?"

The presenters were left in fits of giggles before heading to an advert break.

Unsurprisingly, the awkward moment didn't go unnoticed by viewers, with some rushing to their keyboards straight after.

Taking to Twitter, one fan penned: "She forgot she was still live on TV"

Another added: "Lol she didn’t know they were still filming."

A third person said: "I think she forgot they were still filming!"

While a fourth social media user said: "Did she just walk off set??"

The Top Gear presenter came under fire for publishing a rant about the Duchess of Sussex, 41, in which he said he "dreamed of her being paraded through British towns and publicly shamed".

His comments were widely condemned and Jeremy has since written an apology to the couple calling his language "disgraceful' and saying he was "mortified".

Speaking about Jeremy's apology, Phillip said: "He also goes on to talk about the fact – and I like Jeremy, he’s a very clever broadcaster, he’s a great journalist – but he then says on Top Gear, 'We never made jokes about women parking.'

"But it’s almost as though [he’s saying], 'But we could have done if we wanted to, but we didn’t do that so give us points for that'."

This Morning airs weekdays on ITV1 and ITVX at 10am