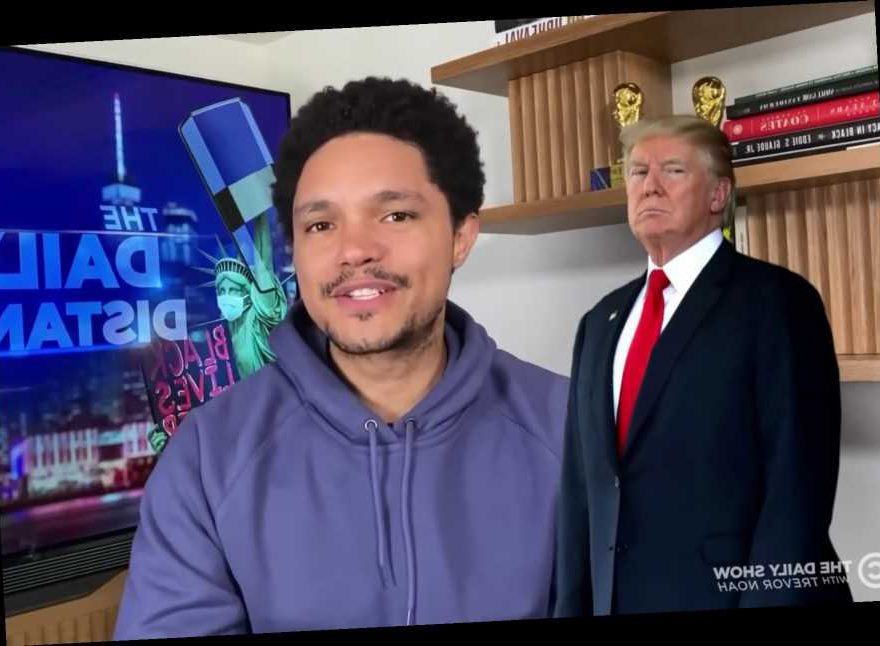 On The Daily Show Wednesday, Trevor Noah parsed the unnerving differences between Donald Trump in private and public following the revelation that he deliberately downplayed the severity of Covid-19.

Wednesday, news broke that Trump had told journalist Bob Woodward back in March that he not only knew how deadly and dangerous the coronavirus was, but that he had decided to “play it down” in public because he didn’t “want to create a panic.” Aside from the obvious dangers inherent in misleading the American public about a pandemic, Noah pointed out that creating panic is literally Trump’s favorite thing.

“Cities are burning, suburbs are collapsing, caravans of Antifa Mexicans are committing Muslim voter fraud,” Noah cracked. “His campaign slogan is basically, ‘Look out behind you!’”

Noah went on to joke that the bombshell report had really thrown him for a loop, too, because: “At first, I thought Trump was too stupid to understand what was going on with the virus. But it turns out, that he was actually smart about it in private — but he’s also stupid enough to tell Bob Woodward on tape.”

Noah closed by examining the disparity between what Trump knew in private and how he behaved in public. While the coronavirus clip, unsurprisingly, garnered the most attention, Noah also highlighted audio from a June interview where Trump acknowledged that systemic racism does exist in the United States and can have an impact on peoples’ lives.

After jokingly praising Trump for finally watching Get Out, Noah said: “This whole time I thought there were gonna be secret tapes of Trump saying the N-word, instead we got secret tapes of him being an epidemiologist with a Ph.D. in critical race theory. And you might be thinking, ‘This is good news, Trevor, it means that Trump isn’t as dumb as we thought.’ No, this is terrible news…. Because it shows that Donald Trump is willfully misleading the public — it reminds you that he’s a con man.”