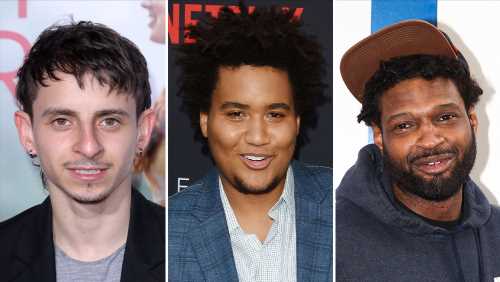 They join Oscar-winner Marisa Tomei, Bill Burr, Bel Powley, Maude Apatow, Pamela Adlon and Davidson in the June 19, 2020 comedy  which is written by Apatow, Davidson and Dave Sirus, and directed by Apatow. Apatow is producing for his Apatow Productions banner with Barry Mendel. Universal SEVP of production Erik Baiers is overseeing the project on behalf of the studio.

Arias starred on Disney Channel’s Hannah Montana for 77 episodes as Rico, and starred in such movies as Nacho Libre, Despicable Me 2, Ben-Hur, Pitch Perfect 3 and Five Feet Apart. He is repped by Kazarian/Measures/Ruskin & Associates and Myman Greenspan Fox Rosenberg Mobasser Younger & Light LLP.

Wilson starred as Lucas Wiley in the CBS Studios/Funny or Die comedy series American Vandal and in the Amazon Studios’ movie Don’t Worry, He Won’t Get Far on Foot. Wilson is represented by CAA and Jordan Tilzer at El Centro.

Stand-up comedian Gaines is known for his work as Jaybird in TBS’ The Last O.G. and has also appeared on Will & Grace. He is repped by by Gersh, manager David Kimowitz and Cohen & Gardner.