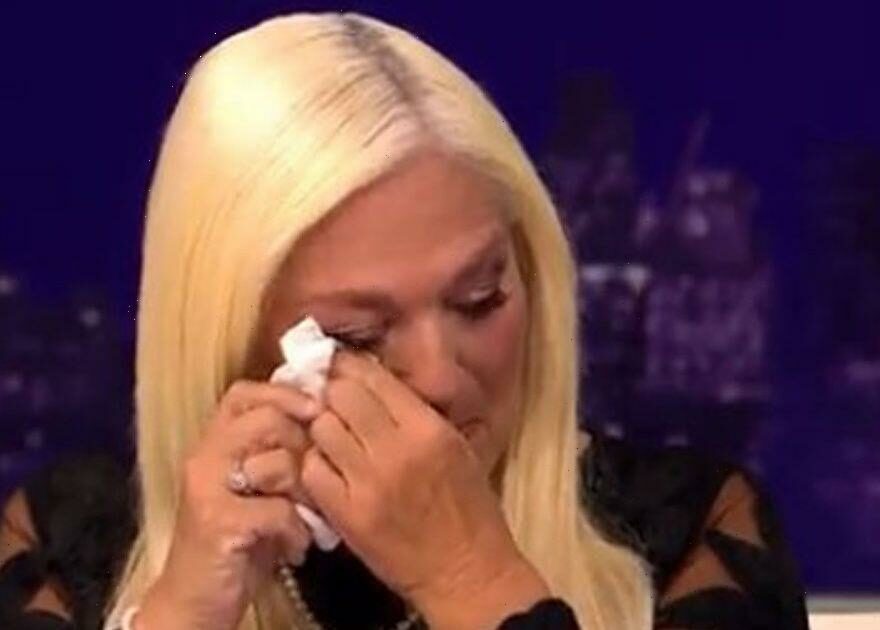 TalkTV presenter Vanessa Feltz broke down live on air after she was provided with further details on how Queen Elizabeth II was finally laid to rest.

The 60 year old appeared on her drivetime show alongside Royal commenter Emily Andrews and broadcaster Richard Tice to discuss the monarch's funeral proceedings which took place in front of millions on Sept 19.

But as Emily spoke openly on what took place at St George's chapel, Vanessa was clearly upset by the news and became emotional.

"He broke his wand of state and that was put on top of her coffin. And it went down into the royal vault to symbolise she's…"

Evidently saddened by the news, Vanessa replied: "It's all a bit much, isn't it?

"Even though we're not seeing it, this is somehow, we'll never see her again."

Presenter Richard Tice chimed: "It is finality, but equally we should draw pride from what are military, so many people.

"I mean thousands of people have played a part in today and it has shown Britain at it's very very best.

"It is all over the world like you said 4 billion people thinking, 'wow'. No one can do this except for Britain."

During the emotional funeral service, The Lord Chamberlain broke his wand of office which signals the end of Queen Elizabeth's reign.

Dean of Windsor then read psalm 103 which included the lines: "For he knoweth whereof we are made: he remembereth that we are but dust.

"The days of man are but as grass: for he flourisheth as a flower of the field.

"For as soon as the wind goeth over it, it is gone: and the place thereof shall know it no more.

"But the merciful goodness of the Lord endureth for ever and ever upon them that fear him: and his righteousness upon children’s children.

While the reading took place, the Queen’s coffin was slowly lowered into the family vault at St George’s Chapel.