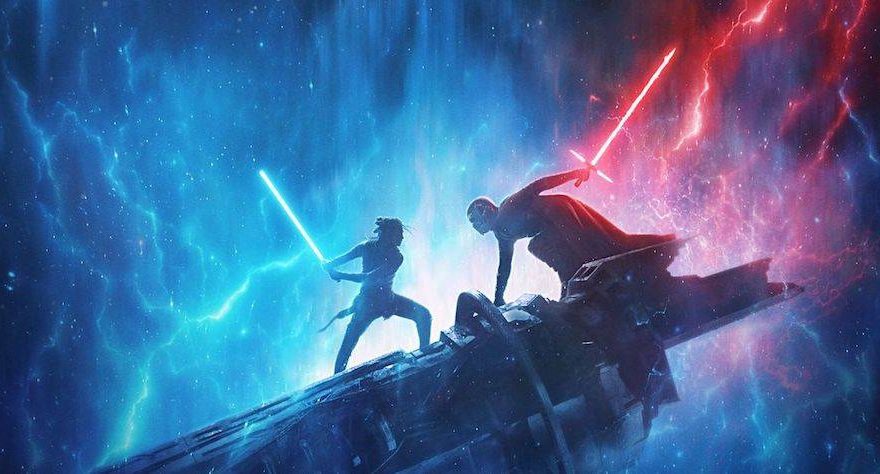 The “Star Wars” journey nears its ends.
New footage from “Star Wars: The Rise of Skywalker,” the concluding chapter in the three trilogies, debuted this weekend at Disney’s D23 Expo. Now, it’s available online.
Half of the teaser is comprised of clips from the previous chapters, from “A New Hope” to “The Last Jedi.” The “Episode IX” footage includes the first look at a climactic duel between Rey (Daisy Ridley) and Kylo Ren (Adam Driver), on a ship buffeted by stormy seas.
There are also brief glimpses of C-3PO with red eyes, Finn (John Boyega) and new character Jannah (Naomi Ackie) in a cockpit, and Leia (the late Carrie Fisher).
But most intriguingly, we see Rey wearing a dark hood and holding a double-sided, red lightsaber. Is she going over to the dark side?
Also returning for the final film in the saga are Mark Hamill as Luke Skywalker, Billy Dee Williams as Lando Calrissian, and Ian McDiarmid as the Emperor.
During the D23 presentation, director J.J. Abrams said, “Of course, we can’t talk about the cast without talking about Carrie Fisher. And the character of Leia is really in a way the heart of this story. We could not tell the end of these 9 films without Leia. And we realized that we had footage from episode 7 that we realized we could use in a new way. So Carrie, as Leia, gets to be in the film.”
“Star Wars: The Rise of Skywalker”For more coverage from the D23 Expo 2019, click here!

Star Wars: The Rise of Skywalker