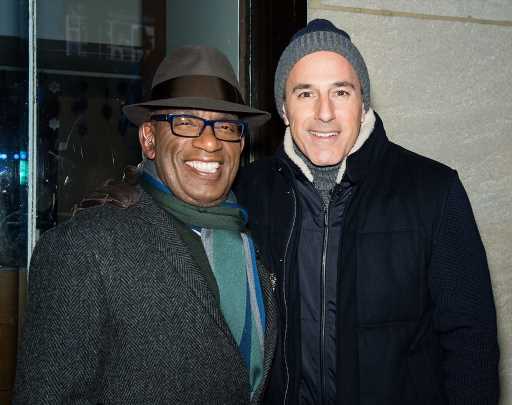 The Today Show’s lead anchor Matt Lauer was fired from NBC almost two years ago. Ousted from him post at the news desk in November 2017 due to allegations of sexual misconduct, Lauer practically disappeared from the spotlight, and there is very little evidence of his 20 years of work on the morning news program. His co-anchors seldom mention his name in public, though recently Al Roker sent some well wishes Lauer’s way.

That dark day in November

On the day Lauer’s firing was announced by anchor Savannah Guthrie, along with co-host Hoda Kotb, it was clearly a blow to the panel. “He is my dear, dear friend and my partner. And he is beloved by many, many people here,” Guthrie said during the November 2017 broadcast according to Time. “And I’m heartbroken for the brave colleague who came forward to tell her story and any other women who have their own stories to tell… And we are grappling with a dilemma that so many people have faced these past few weeks: How do you reconcile your love for someone with the revelation that they have behaved badly? And I don’t know the answer to that.”

Kotb had echoed Guthrie’s sentiments. “This is a very tough morning for both of us. I’ve known Matt for 15 years, and I’ve loved him as a friend and as a colleague,” Kotb said. “It’s hard to reconcile what we are hearing with the man who we know who walks in this building every single day. . . . We’re trying to process it and trying to make sense of it, and it’ll take some time for that.”

Roker was clearly shaken by the announcement, saying on-air, “Dealing with the news of our friend of 30 years, and we’re all trying to process it. We’ll deal with it along with you folks, as well.”

Recently at the Hallmark Channel and Hallmark Movies & Mysteries Summer 2019 TCA press tour, Roker was asked about his current relationship with Lauer. “I’m sure he’s doing well,” he told Entertainment Tonight. “I don’t really talk about that much but we wish him well.”

Roker hasn’t said much about Lauer since the disgraced journalist made a public statement on the allegations in April 2018. According to Entertainment Tonight, Lauer denied allegations of coercion and abuse, writing in a statement to the Washington Post, “I have made no public comments on the many false stories from anonymous or biased sources that have been reported about me over these past several months. I remained silent in an attempt to protect my family from further embarrassment and to restore a small degree of the privacy they have lost. But defending my family now requires me to speak up. I fully acknowledge that I acted inappropriately as a husband, father and principal at NBC. However I want to make it perfectly clear that any allegations or reports of coercive, aggressive or abusive actions on my part, at any time, are absolutely false.”

When Roker was asked at the time by Entertainment Tonight about Lauer’s statement and if his job was affected by the firing, he said he was focused on his current workplace. “Well, look, I can’t speak to what Matt is doing or why he chose to do it, but I think we’re all evolving and changing,” Roker said. “We all have to find our place in this world… My deal is I just do my job and just be thrilled that I’m working with, you know… I like being with the people I work with.”

Kathie Lee Gifford, formerly partof the NBC news family co-hosting Today with Kathie Lee and Hoda, publiclyspeaks of her continuing friendship with Lauer.  “I’ve been through very, very hard times in mylife and I saw my friends drop away because they weren’t my friends,” Gifford told People in March. “Times likethat test the mettle of friendships. The Matt I love is the Matt I still do.”

According toPeople, Gifford spoke of the importance of being a friend in good times and inbad. “He made mistakes and he paid dearly for them. But I believe in second,third and 100 chances,” Gifford said. “I believe in redemption because Jesusdid. And it’s not for me to judge any choices he made. That’s between him, hiswife and his God. My job is to be his friend and be there for him. He’s foundout who his real friends are.”

#FBF to my trip to the magnificent city of Firenze last year ✈️ Do you have any travel plans for the summer?

In June, EntertainmentTonight reported that Lauer was finalizing hisdivorce from wife AnnetteRoque, and was in the process of selling their Hamptons home. The couple hasthree children from their marriage.

Though Lauer has been seldomseen or heard from outside of a few scattered reports since 2017, his firstex-wife, Nancy Alspaugh, said he’s moving ahead with his life. “He is doingincredibly well,” she told Entertainment Tonight. “We have remained close andalways will. And, it makes me happy to see him moving forward and living hislife.”