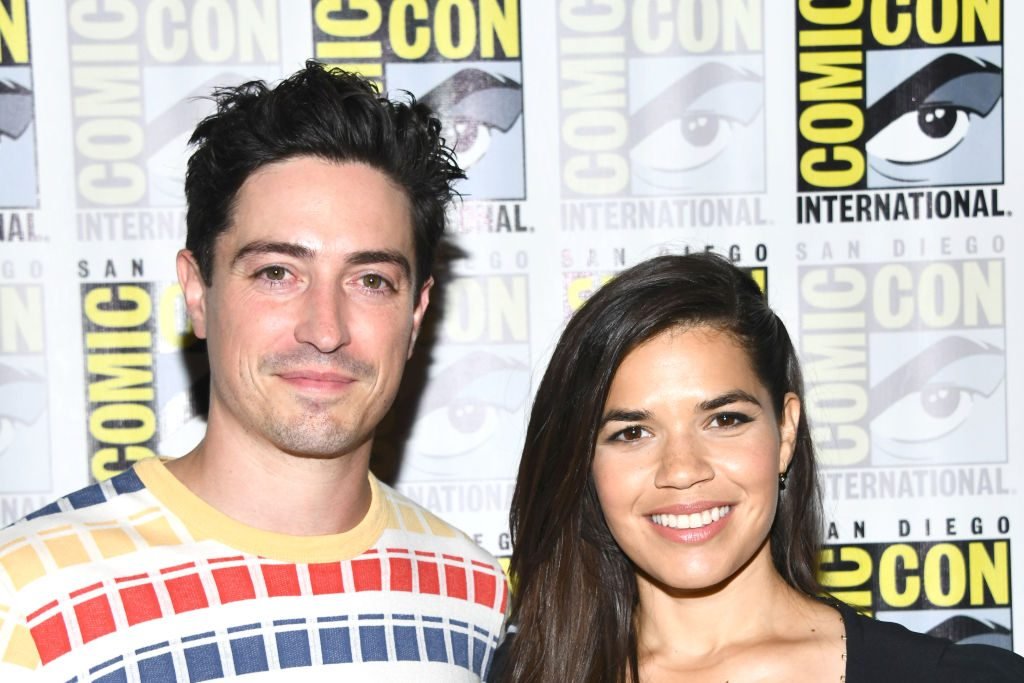 Since Day 1, there’s been a will-they, won’t-they vibe between the characters of Amy Sosa (America Ferrera) and Jonah Simms (Ben Feldman) in the NBC sitcom Superstore. However, it took quite a while for them to finally get together, eventually giving in to temptation in the Season 3 finale.

…and the rest is history. #Superstore

Right now, they’re a full-fledged couple, but that doesn’t mean there haven’t been some bumps along the way — and likely, more to come. Feldman, Ferrera, and the executive producers of the series talked about the relationship and what’s next for this couple at San Diego Comic-Con.

What is Amy and Jonah’s couples name?

Now that they’ve been together for a whole season, it’s definitely time to give these two a shipper name, said the moderator. The options presented are Jamy and Simosa (from their last names, Simms and Sosa). The audience is divided, though Jamy seems to win out.

However, Feldman is partial to Simosa, which he says “is more interesting.” “And it’s not already a person’s name,” he adds, though does acknowledge that it sounds a lot like the Indian dish.

They can’t really talk about what’s to come

When asked about the future of their characters as a couple, Feldman and Ferrera remained mum. “There’s going to be a lot more of the sex videos,” joked Feldman, referring to the Season 3 finale drama (which continued into Season 4) in which Jonah and Amy have sex in the photolab, which is broadcast to the entire store.

“The Season 5 [premiere] is just 23 minutes of sex.” Ferrera continued the joke. “Except those are all Jonah monologues,” she added. “Jonah’s the only one involved, right,” laughed Feldman. Clearly, we’re not going to find out what’s going to happen with their recent conflict until the Season 5 premiere this fall.

Ferrera prefers this element of their relationship

But just because the audience enjoys seeing Amy and Jonah together, there’s something to be said for the contentious relationship they often have. Ferrera is partial to this dynamic for them. “I kind of love it when Amy and Jonah hate each other, more than when they like each other, she said. “So I’m hoping that I get to hate him more.”

The only known documentation of @americaferrera not rolling her eyes at me. This one’s going on the mantel above the fireplace. #SUPERSTORE RETURNS tonight at 8/7c on @nbc credit: @kevindcampbell

Ferrera explained this in more depth. “I love that towards the end of this season we kind of got back to some of the original dynamic between Amy and Jonah. Which is ultimately that they’re on different sides, ideologically. About life and morals and values, sometimes.” she said.

“They’ve sort of been moving closer and closer together as they have this relationship. But this idea about the union that’s coming at a time where, finally, Amy has some upward mobility in her life, something she never imagined,” said Ferrera. “[This] brings back that dynamic there in the pilot, which is that ultimately, these are two people with very different life circumstances. And very different ways of looking at life.”