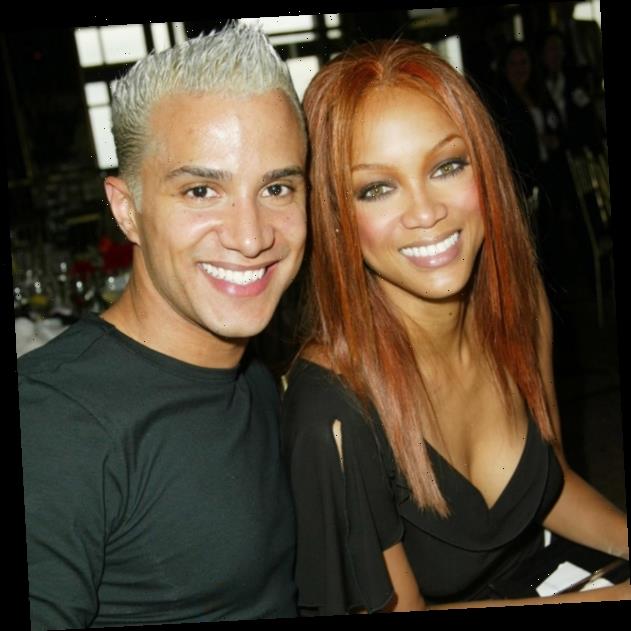 Despite their falling out, Jay Manuel explained why he intends to speak positively of Tyra Banks given what she represents.

Despite their history, Jay Manuel will always show Tyra Banks the respect she deserves.

In recent months, the former America's Next Top Model reality star made headlines when he pulled back the curtain on his falling out with host Banks, as well as his issues with the show behind the scenes and why he ultimately wanted to exit.

But, despite their differences, Manuel made one thing clear about what he thinks about the boundary-breaking supermodel during a new interview on the Chicks in the Office podcast.

"In terms of my feelings for Tyra, our relationship isn't what it was. However, I still will always speak positively about her," he said. "I respect everything that she represents, every door she's kicked down—as a woman, as a Black woman; what she represents to so many young Brown and Black girls and boys in the industry, so I will never, ever speak negatively against that."

But, that's not to say he's forgotten how he was allegedly treated by her and the show.

In summarizing what caused their fallout, Manuel told hosts Ria Ciuffo and Francesca Mariano, "There are many things that contributed."

"When it got to Cycle 8, my contract was done and I felt like I had done all that I could," he recalled. "Now there were so many cooks in the kitchen. Initially, I was just doing the creative and hiring the creative talent. Then there were some controversial shoots I wasn't comfortable with. So, by the time I finished my contract, I said I was ready to move on."

According to Manuel, Banks did not take his departure well.

"She basically just said I'm disappointed and that was it and kind of cut me off," he said. "And even outside of the show, we would almost talk every day and it was very weird."

Khloe Kardashian Claps Back Over Comment About Her New Look

However, as fans of the show know, Manuel's part on the show didn't actually end there, but after 10 more seasons.

"About two weeks out of production to Cycle 9, just kind of under pressure, they said, 'Can he come back and just do one cycle of the show?'" Manuel recalled. "I was unavailable and it was presented to my lawyer at the time from the studio, well, if I didn't come back I would be putting them in a difficult position because they couldn't cast someone to replace me and it was intimated that I wouldn't work for the studio again."

"So, again these kind of threats and this fear-based culture built," he described, "and I went back under pressure to work on the show."

Meanwhile, according to Manuel, he was not warmly welcomed back by Banks. "She later admitted she behaved inappropriately and she did apologize to me," Manuel pointed out, "so I want to preface it with that, but I walked onto set to shoot casting and it was just Miss J, her and me and she wouldn't talk to me unless the cameras were rolling and you try and tape a whole cycle that way and it was extremely difficult."

The author of The Wig, The Bitch & The Meltdown noted, "There were other things, a lot of things that contributed to the shift and there was a shift in culture behind the scenes and it was not a great work environment…It was difficult, it was really difficult, but I did go back."

Still, he acknowledged that he ended up staying on the show through Cycle 18. "They asked me to come back for four more, and then you end up under contract and you can't speak about it," Manuel added.

Ultimately, as he put it, "Everyone has the right to tell their own story and I can now."