It’s official: Loki is bisexual. The character confirmed this in Loki Episode 3, “Lamentis.” The reveal wasn’t a big surprise to many devoted fans of the comics. But having this scene in the Marvel Cinematic Universe meant a lot to some. This includes the show’s director, Kate Herron. (Light spoilers for Loki Season 1, Episode 3 ahead.) 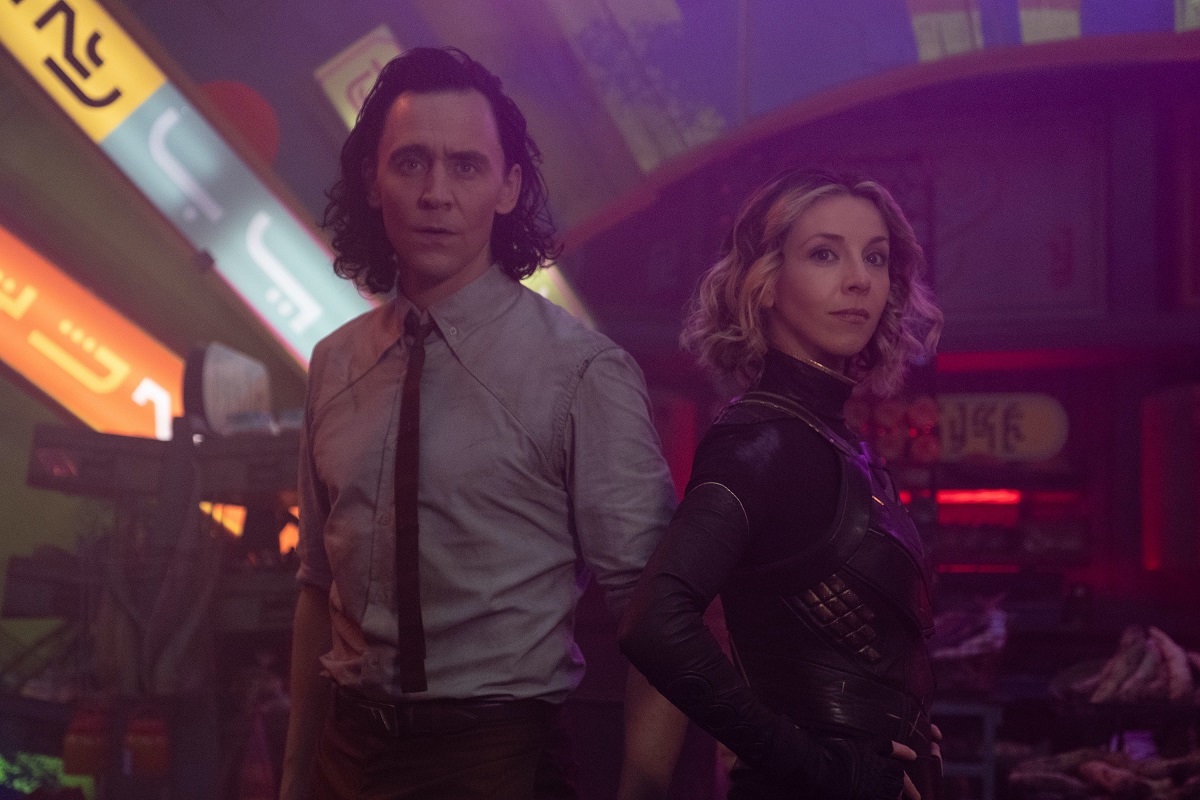 With just six episodes comprising Loki Season 1, there’s a lot of ground to cover. The series begins with the God of Mischief being captured by the Time Variance Authority after messing with the sacred timeline. He then joins Agent Mobius (Owen Wilson) on a quest to track down the Variant — who happens to be another Loki.

He follows Sophia Di Martino’s Sylvie through a portal at the end of the second episode. Then, the third sees the two learn about one another. In one scene, they ask one another about their romantic lives. Sylvie asks about “would-be princesses or, perhaps, another prince” in his life. Loki responds, “A bit of both. I suspect the same as you.”

Marvel previously touted its inclusion of the first LGBTQ character in the MCU with Joe Russo’s brief cameo in Avengers: Endgame. But fans weren’t exactly pleased with this minimal effort. Which made it even more special when Loki came out in a very official way. And Loki’s director, Kate Herron, agreed.

“From the moment I joined @LokiOfficial it was very important to me, and my goal, to acknowledge Loki was bisexual,” she tweeted after the episode dropped. “It is a part of who he is and who I am too. I know this is a small step but I’m happy, and [my] heart is so full, to say that this is now Canon in [the MCU].”

Di Martino’s role in Loki remained under wraps until the show’s second episode. Her casting was announced way back in November 2019. But she and everyone else involved in the series kept the trademark Marvel silence regarding who exactly she was playing until its reveal.

With Di Martino’s on-screen debut as the Variant, she joined the online discussion surrounding the series. She even retweeted Herron’s post. She also added a comment about the scene’s “beautiful lighting.” (The blue, purple, and pink jewel tones mimic the bisexual flag, making for what’s often referred to as “bisexual lighting.”)

‘Loki’ is groundbreaking in another way

Many fans weren’t shocked to learn about Loki’s bisexuality. Comics preceding the series touched upon the character’s sexuality and genderfluidity. When a Loki teaser premiered, the latter earned a lot of attention on social media via a file shown that listed his sex as “fluid.”

“Breadth and range of identity contained in the character has been emphasized and is something I was always aware of when I was first cast 10 years ago,” Hiddleston told Inverse. “I know it was important to Kate Herron and [write] Michael Waldron and to the whole team. And we were very aware, this is something we felt responsible for.”