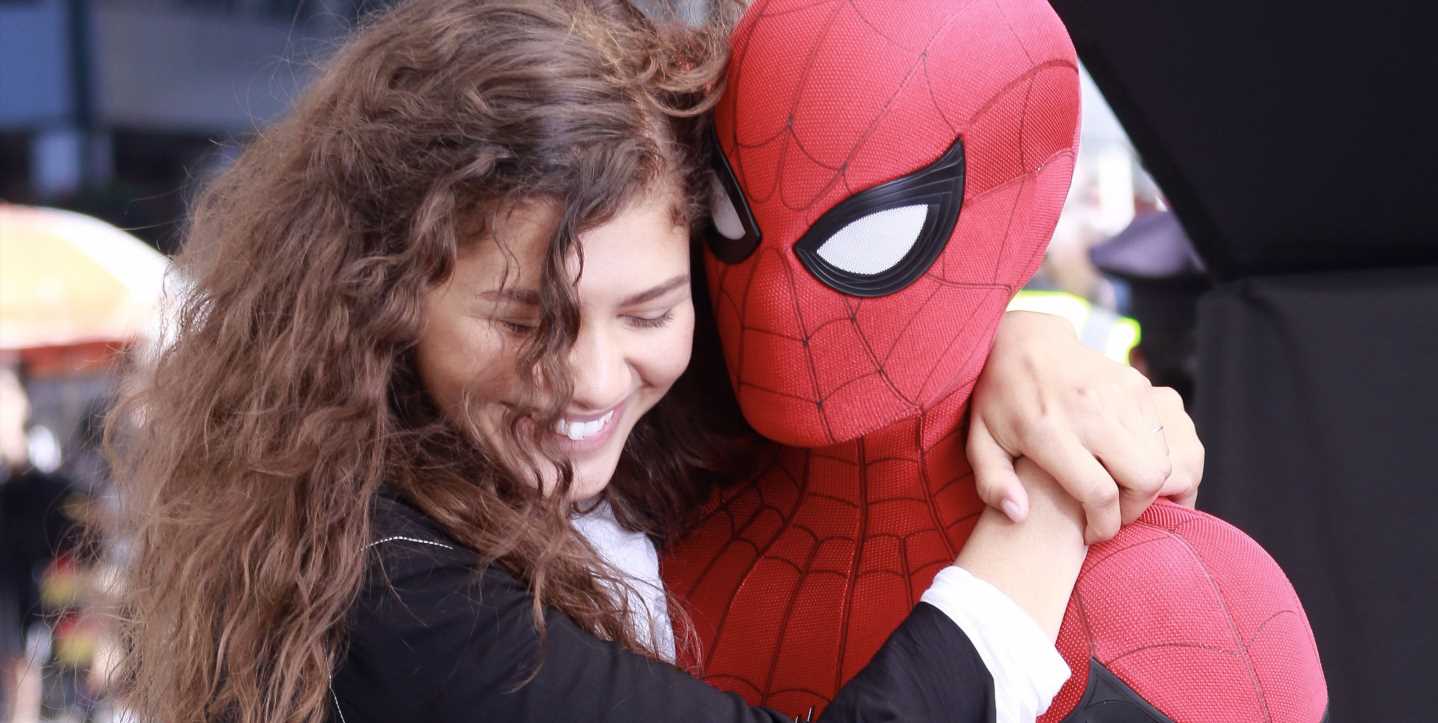 Hello. Good morning. I’ve brought you here today to talk about one thing and one thing only: Zendaya and Tom Holland’s potentially fake but also potentially real relationship.

This weekend, Spider-Man: Far From Home hit theaters, and in it, the two play super-adorable and super-awkward love interests. Naturally, the internet (and their fans in particular) are now shipping them hard-core IRL. The tweets about it are hilarious.

Awww Zendaya and Tom Holland are the best couple ever pic.twitter.com/LcDOR0olkX

Just blessing your timeline with a Tom Holland and Zendaya pic🤗#SpiderManFarFromeHome pic.twitter.com/Th2RMqpR4y

Tom Holland and Zendaya really werent lying when they said Peter and MJ are the embodiment of awkward puppy love pic.twitter.com/7wjox7oYIe

got lost on youtube and watched tons of ´videos proof’ about tom holland and zendaya dating my mind is 🤯🤯🤯 pic.twitter.com/lfsa7XWe24

Zendaya and Tom Holland are my new otp. It’s been a minute since I’ve used that acronym, but they deserve it. https://t.co/USl03V4EWY

honestly…. i am so obsessed over them right now (@Zendaya @TomHolland1996) pic.twitter.com/KqSE6EGngy

The two have tried to deny they’re dating IRL, but back in 2017 after the first Spider-Man movie they did together came out, a source told People they were definitely dating.

“They started seeing each other while they were filming Spider-Man. They’ve been super careful to keep it private and out of the public eye, but they’ve gone on vacations with each other and try and spend as much time as possible with one another,” the source said.

Since then, they’ve been flirting like usual on Twitter while also simultaneously denying the relationship when they can. And then, in a recent interview with Elle, Tom said they are definitely not dating. He is, however, “definitely a relationship person….I’m not the fleeting type at all, it’s not my way of life.”

This all seems very suspicious, so feel free to believe whatever you think is best.