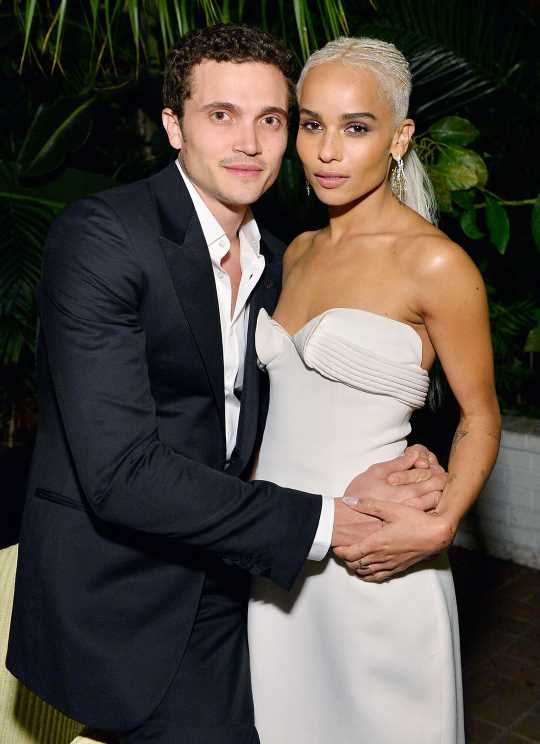 Zoë Kravitz is tying the knot!

Guests were spotted arriving Saturday to her father Lenny Kravitz’s home in Paris for the 30-year-old actress’s wedding to actor Karl Glusman.

An extraordinary three-story, eight-bedroom, 18th-century mansion in one of the city’s most exclusive neighborhoods, Lenny’s home features an immense side and back garden and was once owned by a government minister.

The musician has owned his Paris home for 13 years. The home — which maintains a ‘shoes off’ policy — speaks luxury: mixing traditional 18th-century architectural features (a broad central marble stairwell curves from the entry; huge French doors opening out onto the garden) with contemporary function. Guests will see art from Andy Warhol and Jean-Michel Basquiat along with guitars, museum pieces and selections from the singer’s own design firm.

And the cellar Kravitz converted into a to a speakeasy is stocked with bottles of Dom-Perignon.

On Friday, the couple had their rehearsal dinner that was “a tremendously joyous party,” according to Restaurant Lapérouse co-owner Grégory Lentz, who told PEOPLE exclusively that the festivities kicked into a higher gear after dinner.

“Any room with Lenny and Jason and Denzel in it, well… was crazy and insane. There was so much love in the room. There were toasts and they were moving into tequila when I left. They were still going at 2 a.m.,” Lentz said.

Kravitz first revealed her engagement during a 2018 interview with Rolling Stone in which she said, “Oh yeah, I’m engaged.”

“I haven’t told anyone yet — I mean, I haven’t told the world. I wanted to keep it private,” she explained when the reporter spotted her ring.

Glusman, who met Kravitz at a bar two years ago, had intended to propose in Paris but moved the moment to the couple’s living room when work schedules scrambled his plans, according to the magazine.

“I was in sweatpants,” Kravitz said. “I think I was a little drunk. I could feel his heart beating so fast — I was like, ‘Baby, are you OK?’ I was actually worried about him! I love that it wasn’t this elaborate plan in Paris. It was at home, in sweatpants.”

Kravitz and Glusman were first linked in October 2016, and celebrated their one-year anniversary publicly at the Emmy Awards in September 2017.

The Big Little Lies actress, 30, recently appeared on the cover of British Vogue, where she opened up about the night she met Glusman, 31, while not particularly looking for anything serious.

“I love that it wasn’t on an app and that it wasn’t on a movie set,” Kravitz said. “My friend knew that I wanted to meet someone – not even to get serious, I think just to get laid, to be completely honest with you – and he brought Karl. I instantly felt something – then he turned around and started talking to the blonde girl next to him and I was like, ‘Wait, what?’ But he later told me that he was just nervous.”

This is the first marriage for both actors.